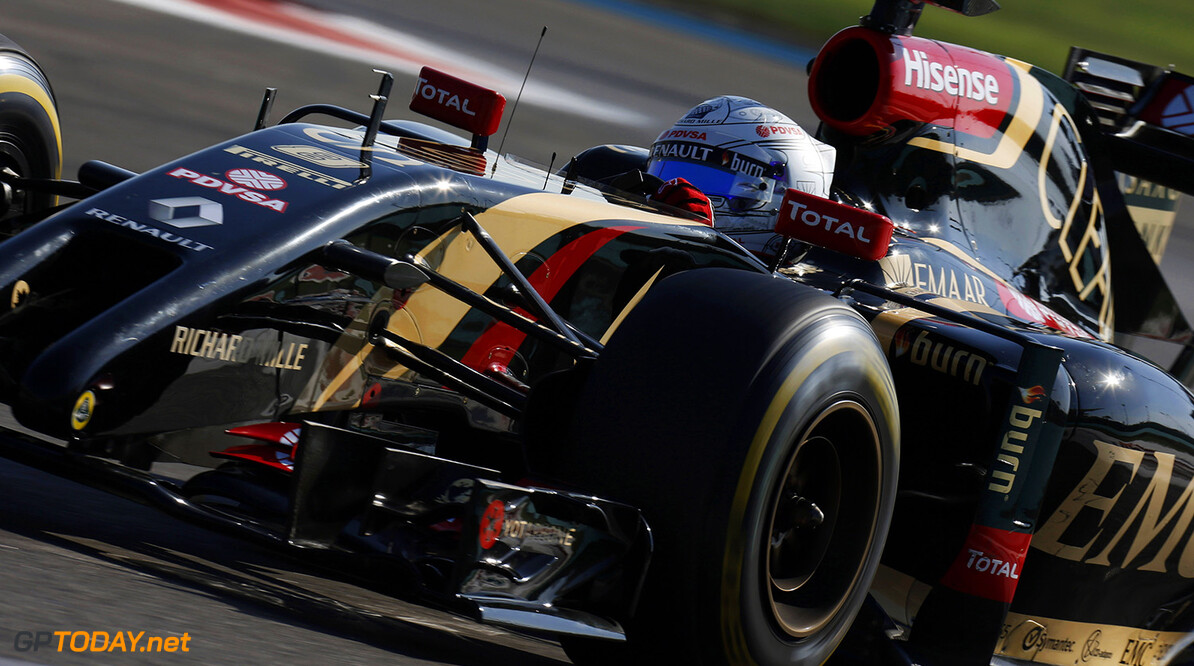 Grosjean had 'discussions' with teams including Ferrari

Romain Grosjean says he was in talks with teams including Ferrari until the 2015 driver market was "shaken up" by Sebastian Vettel. The Frenchman, who could have left Lotus due to a team performance-related clause in his contract, has now re-committed to Enstone for another year.

He admitted to France's RMC: "There were some discussions (about my future). Eventually I think the market was quite shaken when Sebastian Vettel said he is leaving Red Bull. It surprised everyone. We are still waiting to see what McLaren will do, but there are other big names in formula one like Ferrari and Mercedes. There were discussions," Grosjean added.

Now, the 28-year-old is looking ahead to the 2015 season, when Lotus will enjoy title-winning Mercedes power after struggling this year with Renault. But he cautions: "We will not know until after the first winter test, although even early this year, we really thought we had a good car. You never really know how it is going to be. There are ups and downs but this is still a good team," said Grosjean. (GMM)
F1 News Romain Grosjean Sebastian Vettel Renault Ferrari Lotus F1 Mercedes McLaren
<< Previous article Next article >>
.