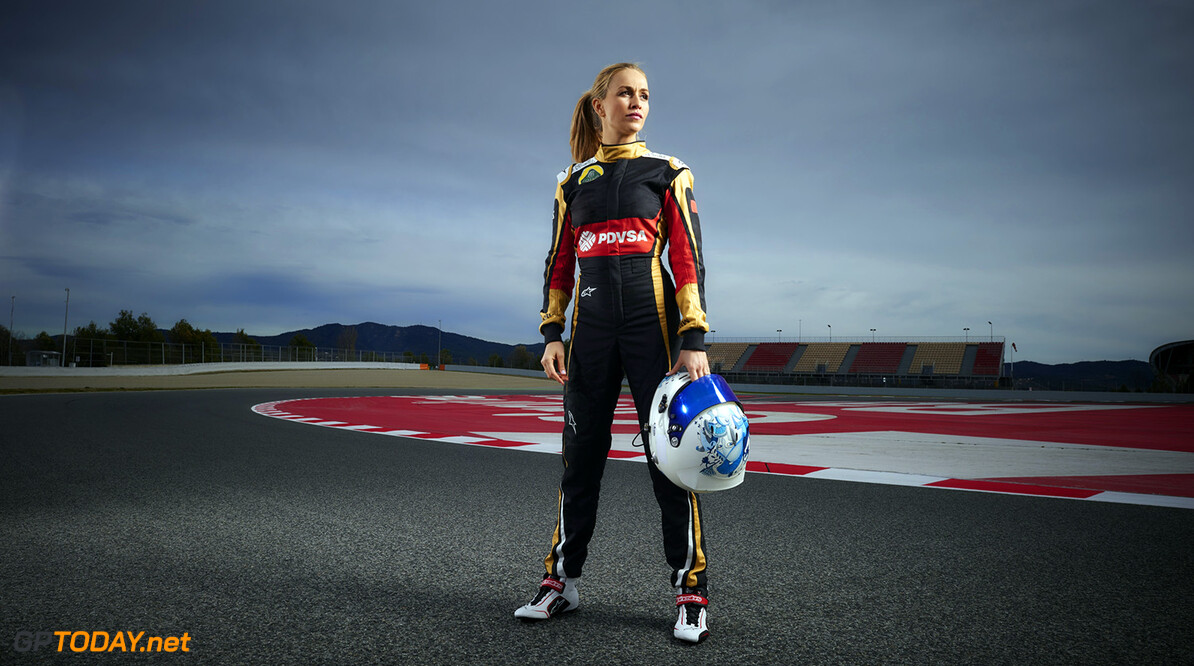 Jorda hits back at Sorensen for 12s per lap claim

Carmen Jorda has hit back at a former F1 colleague, following an accusation that her presence at Renault caused him to quit the sport. Marco Sorensen, recently a test driver at the Enstone based team, told Ekstra Bladet newspaper this week that he felt "violated" because Jorda, a female team development driver, was getting "all the rewards". "She was 12 seconds slower than me in the simulator," said the Dane.

Hitting back at Sorensen's claims, however, Jorda told the Spanish sports daily Marca: "I cannot understand it because I never even saw him there (at Lotus). I was training in the simulator with the official drivers, Grosjean and Maldonado, and Palmer," she added. "On many occasions I was less than one second below them, so I do not know on what basis he speaks."

As for Sorensen's claim that Jorda prompted him to quit F1, the 27-year-old responded: "I have not taken the position of anyone. I do my job and it was Renault who selected me and not him, the same for many others. As for the 12 seconds (claim), anyone who knows cars would not be that far away in a simulator, so imagine how it is for a professional driver," added Jorda.

Jorda also commented to the sports daily AS, saying of Sorensen: "I honestly don't know who he is, I've never seen him at Enstone and he was not part of the team last year." She also continued to ridicule Sorensen's claim that he lapped 12 seconds quicker than Jorda in the driver simulator.

"I was a second or less from Grosjean, so I think if someone was eleven seconds faster than Romain, I am sure every team on the grid would want him." Finally, Jordan added: "I would like him to focus on his career -- it's not right for someone to have to refer to others, like me, to show their achievements."

However, the war of words doesn't stop there, as the Danish newspaper BT contacted Sorensen to ask him what he thought of Jorda's reply. "If Carmen Jorda feels that she is good enough to be in formula one, then long live the sport. You just need to look at her results, so it's good that people can figure out who has talent and who does not." (GMM)