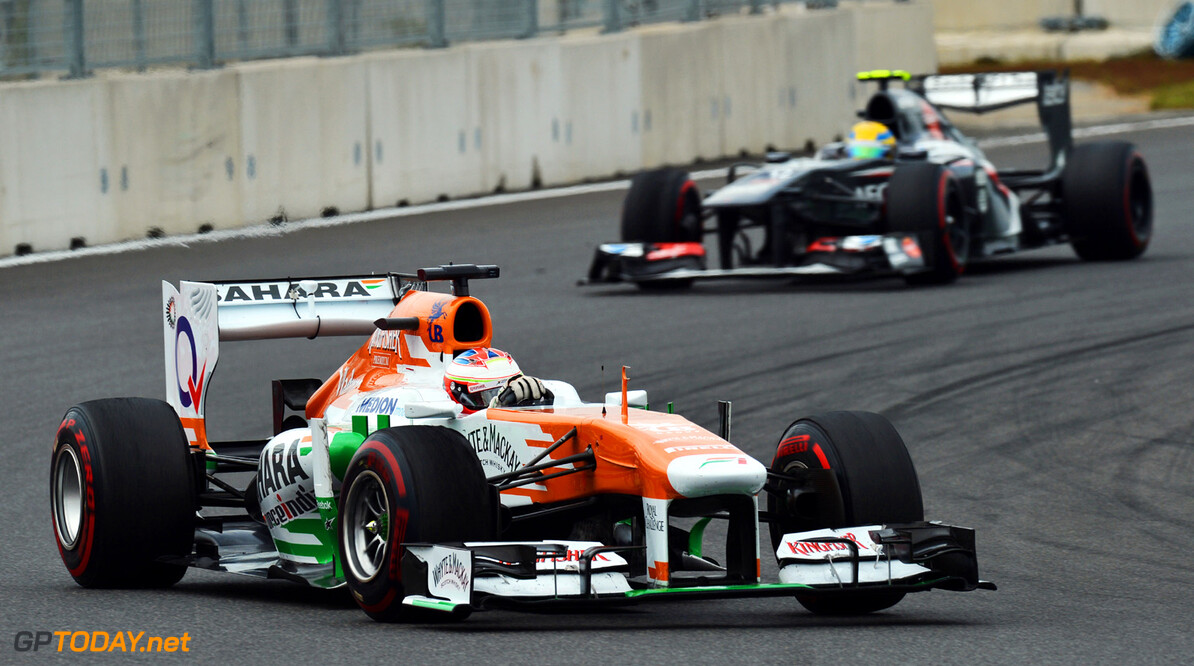 Force India badly hurt by Pirelli as Sauber is boosted

Force India has hit back at claims it is being outclassed by Sauber at the tail end of the 2013 season. When the season began, Nico Hulkenberg looked to have made a grave error in moving over the winter from consistent Force India to new tail-ender Sauber.

But at the end of 2013, the German is a sensation of 2013, reportedly courted not only by Lotus but also Ferrari and McLaren. Not only that, Esteban Gutierrez - the languishing Mexican rookie who couldn't score a point - has spectacularly turned the corner with the suddenly-competitive C31. "Something in him exploded," Sauber team boss Monisha Kaltenborn said in Japan, where Gutierrez finally scored his first points of 2013.

Kaltenborn warned, however, that it might not be enough to safeguard the 22-year-old's future -- as Kamui Kobayashi knows well after his Suzuka podium a year ago. "Individual results are not decisive for us," she told Germany's Auto Motor und Sport, "when it comes to planning the future. We have some options but we're not going to name names," added Kaltenborn.

According to championship rival Force India's sporting director Otmar Szafnauer, Kaltenborn knows well that the real sensation was not Gutierrez, or the formerly-struggling Swiss-made car. The battle for sixth place in the constructors' championship is worth millions, and crucial to midfield teams like Force India and Sauber.

So Szafnauer is angry that the decisive factor has been Pirelli. "This is no wonder-Sauber," he is quoted by the Swiss newspaper Blick. "It's only Pirelli. It is the whole explanation for the current situation," said Szafnauer, referring to how Pirelli's mid-season tyre specification switch badly hurt some teams like Force India, whilst giving a big boost to others. (GMM)
F1 News Esteban Gutierrez Ferrari Pirelli Force India McLaren Lotus F1 Sauber
<< Previous article Next article >>
.