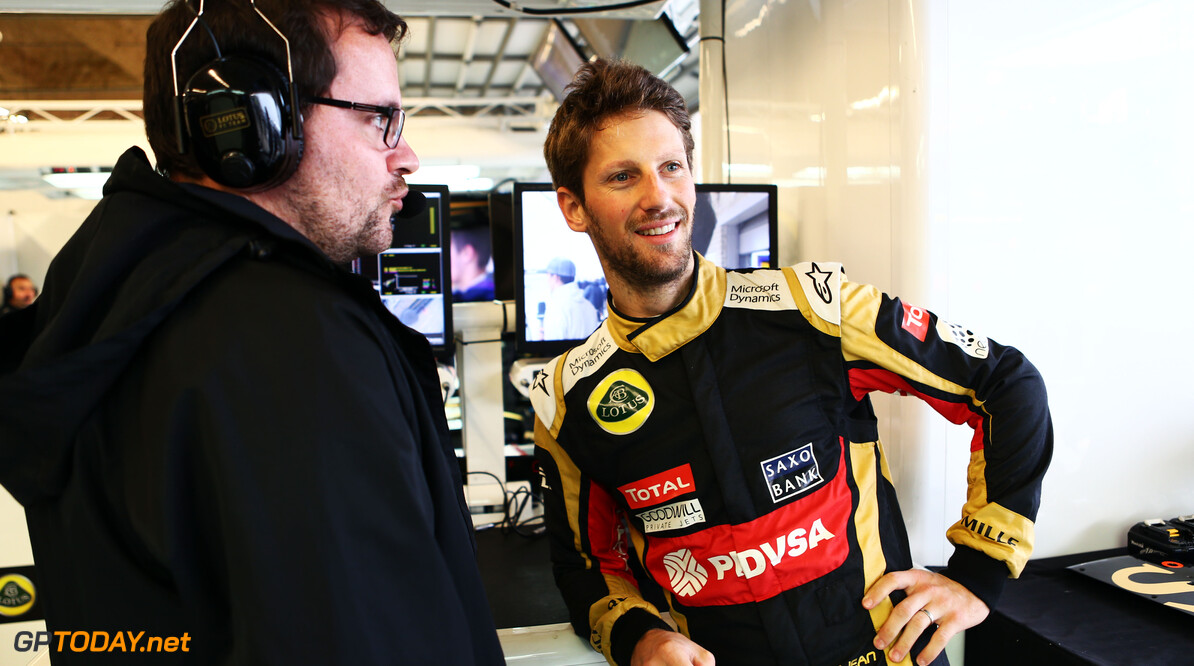 Romain Grosjean says he enjoyed his first run at the wheel of Haas' 2016 car -- in the virtual world. The Frenchman told the sports daily L'Equipe that, two weeks before the real version gets up and running, he drove the new American team's first car in the simulator.

"The feeling was quite good, even if, in the beginning, it was necessary to solve lots of small technical problems. But once the grip improved, it was possible to drive well," Grosjean said, revealing that the track he drove was Barcelona, where Haas' machine will also get its real-world rollout in two weeks.

He cautioned that relying too heavily on the simulator would be a mistake, "but I think the foundations of the car appear healthy". Grosjean said he also crossed paths at the factory with new teammate Esteban Gutierrez, who was having a fitting for his 2016 radio earpiece.

"Esteban was, as usual, smiling and cheerful," he said. "We both want to work well together to help the team. He will also go in the simulator and confirm - or not - my first feelings about the car," added Grosjean. "We still have a lot to do, including the fitting of the seats. I believe it will not be until the first Barcelona test when I see the car for the first time in real life." (GMM)