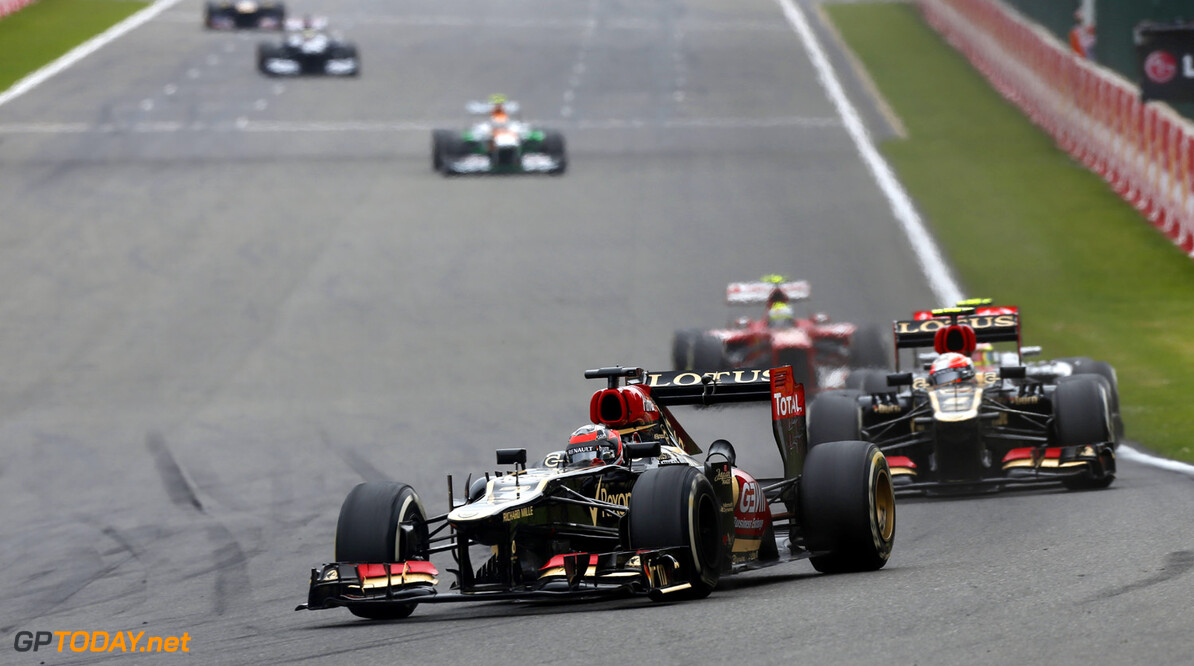 Former F1 driver Mika Salo has admitted he doesn't believe a simple tear-off visor strip caused Kimi Raikkonen's brake failure at Spa. Raikkonen's first retirement since his return to formula one might be seen as a knockout blow to his championship hopes, as he drops behind Fernando Alonso and Kimi Raikkonen in the chase to beat Sebastian Vettel to the title.

As the F1 paddock was disassembled at Spa late on Sunday, Lotus still had not definitively identified the cause of the brake failure. But then it was announced that a plastic helmet visor tear-off strip had entered and blocked the brake air duct.

Lotus reacted with its usual humour, posting a survey on its website asking if the team should react by adding more 'iceman coolant' in future. And on Twitter, the team jokingly pointed the finger at Vettel, posting a photo of the world champion with a visor strip and captioning 'We think we know where the infamous brake-breaking tear-off came from".

Finn Salo, however, is not convinced. "I just cannot believe the reason the team gave for the failure," he told the Finnish broadcaster MTV3. "Even the braking duct becomes so hot that, if it had gone in there, it would have melted. Lotus also had a brake problem already on Friday, but now all of a sudden it is the (visor) film?"

The former Sauber and Toyota driver said he suspects Lotus simply got its numbers wrong with a latest technical development. "If the air is being channelled in a different way, it also might not go to cooling the brakes in the same way," said Salo. (GMM)