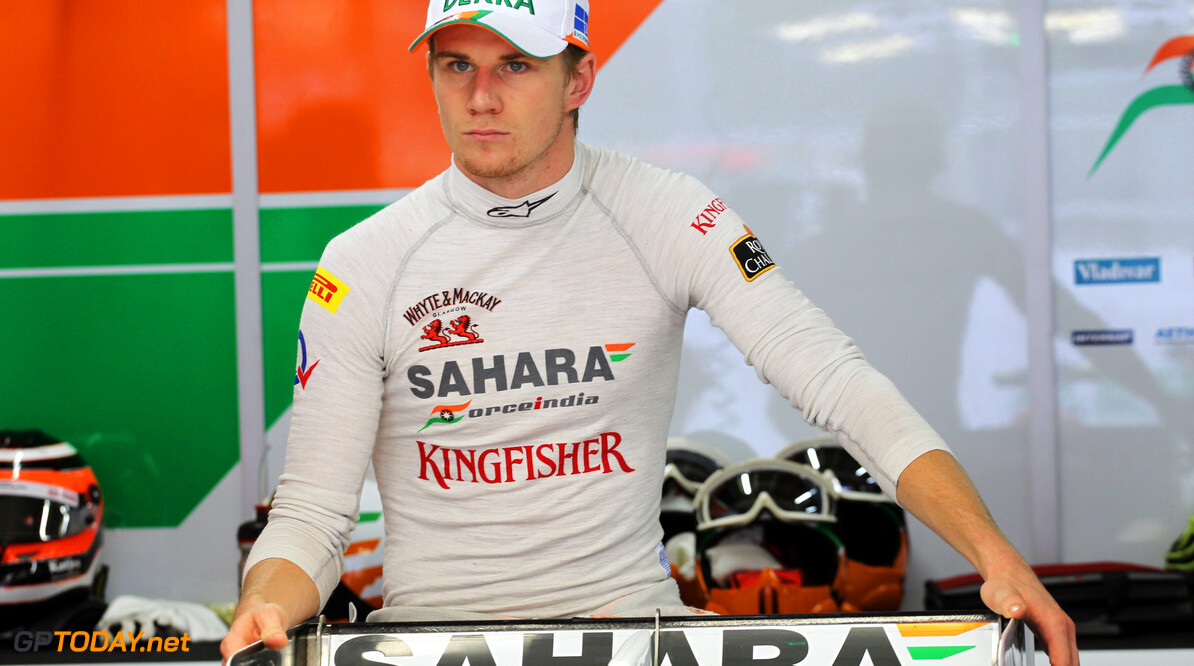 Sauber's inexperienced driver lineup will not hold the Swiss team back in 2013, Nico Hulkenberg insists. 25-year-old Hulkenberg, who is moving from Force India after returning to F1 this year, will be joined at the Hinwil based team by Mexican rookie Esteban Gutierrez. Compared to Sauber's 2012 lineup, Hulkenberg and 21-year-old Gutierrez have 60 grands prix less experience than departing team drivers Kamui Kobayashi and Sergio Perez.

"No -- I am bringing my bag of experience," said German Hulkenberg, who sat out the 2011 season after debuting for Williams the previous year. "Sure, it's a new car for me, but every other team will have a new car as well that you have to get used to. So I don't think it's going to be a severe handicap," he told Blick newspaper on a visit to Sauber's Swiss headquarters.

However, with only two seasons under his belt, Hulkenberg finds himself the de-facto 'team leader' at Sauber for 2013. He doesn't really agree. "I don't see the difference. It is a fact I have more experience (than Gutierrez) on paper, but I don't see myself in a different role than in Force India. At the end of the day I'm here to collect as many points as possible. Whether you are team leader or not doesn't make much difference."

Hulkenberg said he doesn't know who is going to replace him at Force India, amid reports Adrian Sutil and Jules Bianchi are the hot favourites. "I have no idea, really," said the German. "I thought it was Sutil, but now the wait is taking so long, maybe logic suggests otherwise. But I have heard nothing. My concentration is here (Sauber) now," added Hulkenberg.

Amid perceptions he is making a 'sideways step' in the midfield, he defends his decision to swap Force India for Sauber. "Yes, there were some races where Sauber fared poorly," said Hulkenberg, "but they proved this year that they have a fast car. Often I was overtaken by a Sauber this year and I saw for two or three corners how good the car is before it was gone. Naturally I sometimes wished that I was sitting in it," he smiled.
F1 News Sergio Perez Esteban Gutierrez Williams Force India Sauber
<< Previous article Next article >>
.