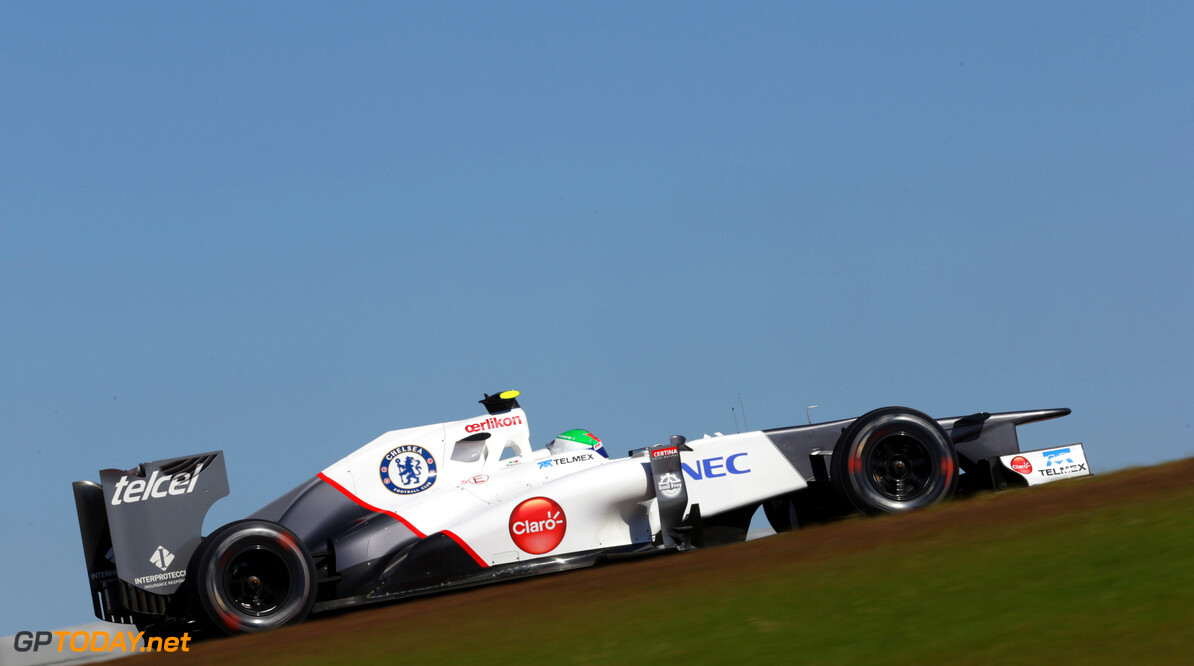 Next Sunday a world champion will be crowned at the end of a very exciting and diverse Formula One season. The Sauber F1 Team has experienced highs and lows  four podiums but also empty-handed Sundays like in Austin. So far the team has 124 championship points to its tally, while last year it only had 44 points at the end of the season. Back in 2011 this was enough to defend seventh place in the Constructors World Championship in a thrilling race in Sao Paulo. In 2012 the Brazilian Grand Prix on 25th November is the last chance to try and improve to fifth in the championship. The gap is 12 points and Kamui Kobayashi and Sergio Pérez are desperate to close this.

Kamui Kobayashi: "I like Brazil! I like the Brazilians and I like the Churrascarias. Interlagos is the place where I drove my first Formula One race in 2009, and last year we were in a battle with Toro Rosso for seventh place in the championship, which we were finally able to defend. I'm really looking forward to this Grand Prix. It's always special to race in front of the Brazilian fans because they are so enthusiastic about motorsport. I have heard from many different people that I have a lot of fans in Brazil, which is a surprise to me, but a very nice one. I like to race on this track. Tyre management is especially quite a challenge and more pit stops are the result. This will give us the choice of different strategies. This is something we have to focus on. My personal goal is to have a successful race and score as many points as possible."

Sergio Pérez: "The Brazilian Grand Prix will be the last race of a very long season that has seen a lot of ups and downs, and it will be a very special event for me as it is the last race I will drive for my team of Sauber before I leave. It is a great team and I want to thank everybody for everything they have done for me over the last two years. I am sure it will be very emotional for me in Interlagos. The best way to say thank you, of course, would be a great result and to beat the team in front of us. This is my target. The Interlagos circuit is very nice and it also has a great atmosphere with the fans. The support for Formula One is huge there. The Senna S corners are my favourite part of the circuit. I believe and I hope our car should be good enough there for a strong top ten position."

Giampaolo Dall'Ara, Head of Track Engineering: "The Interlagos track presents quite a lot of challenges for the engineers as well as for the drivers. It is a mix of two high-speed sectors, a fast combination at the end of the long straight and then the infield where you need a lot of stability and grip. There are a couple of low-speed corners as well, but also combinations where you have lateral and longitudinal acceleration. There the car needs a good balance. The middle sector is very technical, but in the other two sectors you need speed. It will be crucial to find the right compromise between downforce and drag as well as high aerodynamic efficiency. As the weather is always a factor in Interlagos you also have to adapt the downforce level to those conditions. There is quite a lot of work to be done on various levels for the engineers and the drivers. Pirelli will again provide the medium and the hard compounds, which shouldnt be an issue because this track is more abrasive than the one in Austin. However, if the track is damp this could be tricky. Overall, I expect we should be competitive and in a position to finish the season in a positive way."
F1 News Pirelli Sauber
<< Previous article Next article >>
.