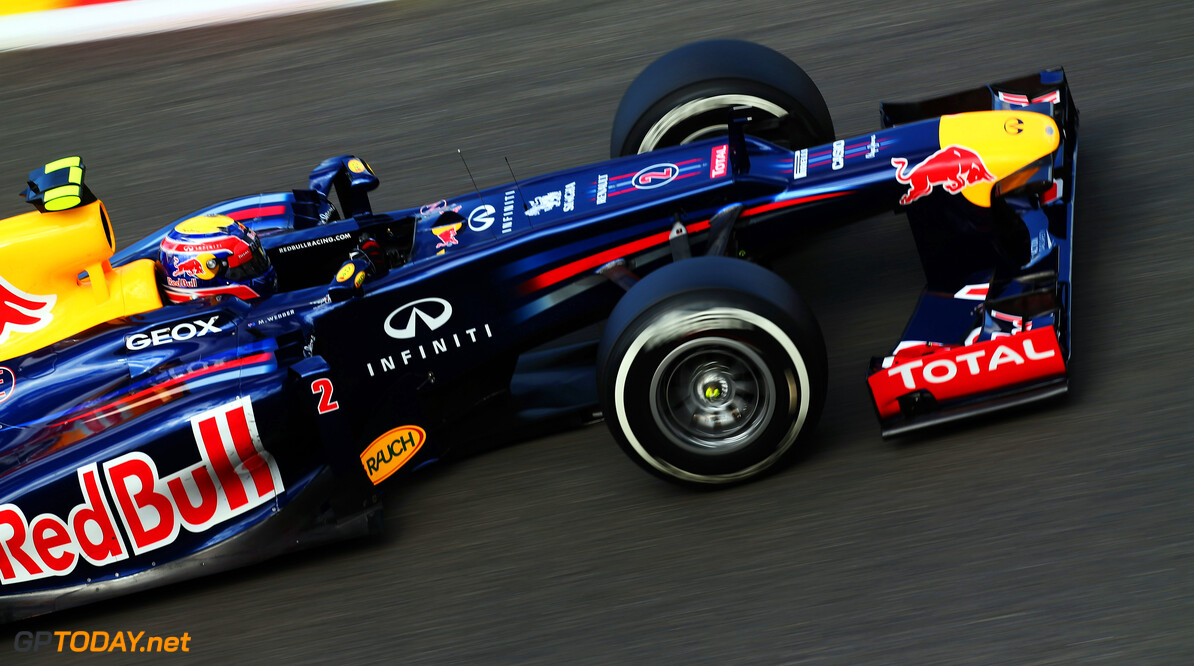 Mark Webber put Red Bull to the top of the timesheets after the second practice session in Suzuka on Friday afternoon, lapping his RB8 in 1m 32.493s to head McLarens Lewis Hamilton by 0.214s after the 2008 champion recorded 1m 32.707s. Red Bulls Sebastian Vettel and Force Indias Nico Hulkenberg were right with them, on 1m 32.836s and 1m 32.987s respectively.

An action-packed session was halted for six minutes early on when Paul di Resta lost his Force India on the entry to the Spoon Curve after getting the right-rear wheel in the dirt, and later Michael Schumacher had exactly the same accident there in his Mercedes. Neither driver was hurt.

Rosberg didnt run until the final third, following this mornings problem when his Mercedes engine shut itself down after receiving low oil pressure signals. It necessitated an engine change which kept him closeted in the garage for a spell.