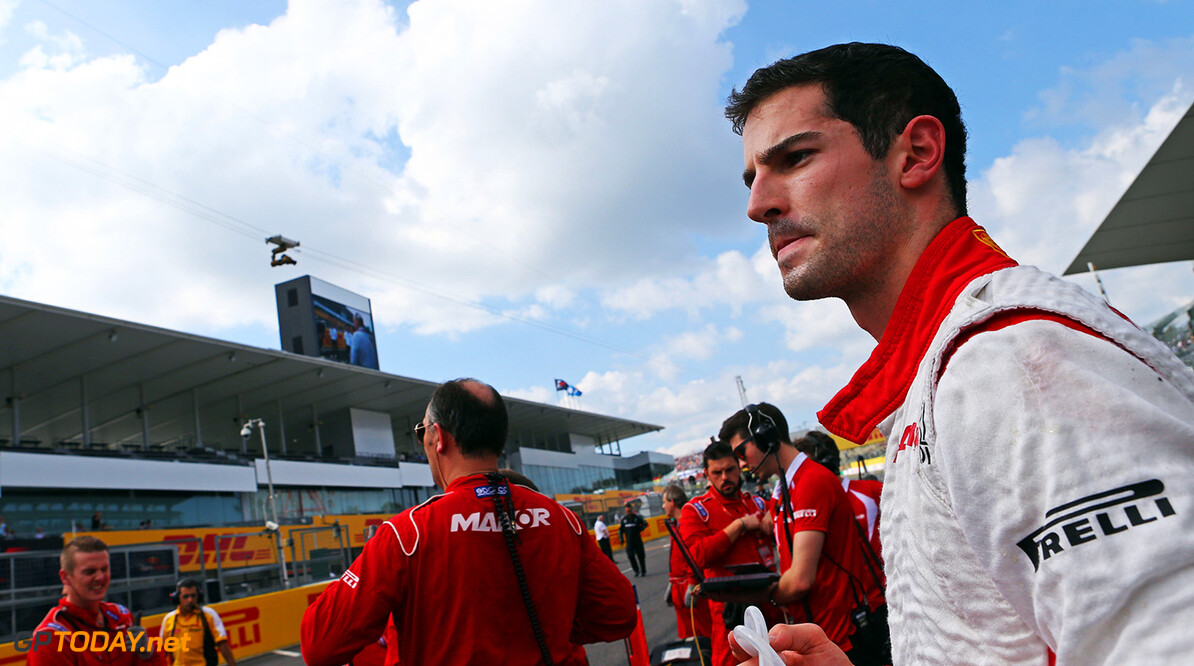 Drivers who have made to move from F1 to IndyCar

Kevin Magnussen has been the subject of rumours this week linking him with a switch to IndyCar for 2017.

Although he has denied the claims, it is not the first time the Renault man has been subject to speculation over a move Stateside.

Of course, he wouldn't be the only driver to make the move from Formula One to IndyCar.

Here's a look at some of the more recent drivers to swap F1 for IndyCar.

The late Justin Wilson made the move to the States in 2004 after losing his Jaguar Formula One drive. After finishing 11th in the 2004 Champ Car series, he won four races over the next three years, never finishing lover than third in the standings.

Following the reunification of American open-wheel racing in 2008, Wilson continued to compete in the IndyCar series. Three more wins and seven podiums followed in a period that often saw him driving for small, underfunded teams.

He finally got a break with a top team in 2015, racing a partial campaign for Andretti Autosport. One more podium finish came at Mid Ohio, in what would turn out to be the last race he completed, as he lost his life due to injuries sustained during a crash at Pocono three weeks later.

A second place on his début in the 2008 Long Beach Grand Prix could have spelled the start of a successful career in America, but the likeable Frenchman opted for a place on Peugeot's Le Mans roster instead. Two starts for Andretti in 2009 and 2014 were his only other IndyCar outings. He finished those races in 20th and 22nd place.

He hasn't raced in IndyCar since and is currently serving a suspension for a positive drugs test during the inaugural Formula E season.

Another Super Aguri refugee, Takuma Sato began racing in IndyCar in 2010 after failing to secure and F1 drive with Toro Rosso.

Two years with KV Racing, and a third with Rahal Letterman Lanigan Racing yielded just two podiums for the Japanese driver (both coming in 2012 with RLL), before he got his breakthrough win with AJ Foyt Enterprises in 2013 at Long Beach.

However, just a single other podium finish has all Sato has managed to do during his time in IndyCar since. He is currently being linked with a move to Andretti Autosport for 2017.

The first of three drivers who's place on this list is questionable, Sebastien Bourdais was already an American open-wheel racing legend before he made his Formula One bow with Toro Rosso in 2008. The Frenchman had four Champ Car titles to his name but after failing to replicate that form in F1, Bourdais headed back to the US in 2011.

Six seasons driving for smaller teams hasn't allowed Bourdais to add to his impressive title haul, but he has managed to remain one of the most feared road course drivers in IndyCar.

Four wins, four other podiums, and two top 10 finishes in the championship in largely unfancied machinery have gone on to prove that Bourdais remains one of Europe's finest exports.

Former Toro Rosso driver Scott Speed attempted to qualify for the 2011 Indianapolis 500 after being dropped from Red Bull's NASCAR team.

After struggling to adapt to the car, he was replaced by Patrick Carpentier but was offered a chance to return for the season finale.

The offer gave any non-regular drivers the chance to win $5 million if they could win the race from the back of the grid. Speed duly turned down the offer. Dan Wheldon, however, took the series up on the offer, only to lose his life in heavy crash that brought that race to an early end.

Now a part of Andretti Autosport's roster, Speed has won back-to-back Global Rallycross championships, competed in four Formula E races (taking a podium finish in Miami during the 2014/15 season), and served as a test driver for the team's Formula E and IndyCar programmes.

Speed has left the door open for IndyCar outings on road courses in the future, although it will be unlikely to occur.

After Wheldon's death in the 2011 IndyCar season finale, Rubens Barrichello declared he would never race on IndyCar's ovals...

So it came as something of a surprise to see him sign with KV Racing to race for a full year in the category in 2012.

In a largely quiet year, the former Ferrari, Honda, and Williams driver finished in the top five twice, and lead two laps in the Indianapolis 500, earning him Rookie of the Year honours.

Jean Alesi's IndyCar career was seemingly over before it began.

While serving as a brand ambassador and test driver for Lotus, the Frenchman announced his intention to run in the 2012 Indy 500, using a Lotus-engined car.

After initial deals fell through, Indy Lights team Fan Force United agreed to run the former Ferrari man in the race. He qualified 33rd and last. In the race he completed just nine of the 200 laps before he was black flagged for being too slow. Fellow Lotus runner Simona de Silvestro was parked a lap later in what would prove to be the final race for the woefully underpowered Lotus-badged engine.

After failing to find the funding to return in 2013, Alesi quit racing for good.

Like Bourdais, Montoya's name was already etched in American open wheel folklore when he arrived in Formula One. 10 CART wins, the 2000 Indy 500 crown and a championship title made sure of that. Had Michael Schumacher and Ferrari not been a dominant force during his time in F1, he may well have won a title or two there as well.

After leaving McLaren midway through the 2006 season, Montoya spent seven seasons racing in the NASCAR Sprint Cup, where he took just two wins, both on road courses. The Colombian returned to IndyCar in 2014.

Securing one one win on his return, he mounted a series championship challenge a year later. He won the season opener in St. Petersburg as well as a second Indianapolis 500, but despite leading the championship from day one, he missed out on the title to Scott Dixon in the double points season finale.

2016 proved to be a tough year for Montoya, despite again winning the season opening Grand Prix of St. Petersburg. He failed to figure in the championship picture at all and his immediate future is now unclear.

The third and final questionable mention on this list, Villeneuve was a CART champion and Indianapolis 500 winner before making the move to F1.

After leaving BMW Sauber in 2006, Villeneuve experimented with a number of different race series, before returning to IndyCar in 2014 for a third crack at the Indy 500.

In his previous two attempts, Villeneuve had never finished lower than second. His 2014 return, almost two decades since his last attempt, proved less than successful. He finished in 14th and hasn't returned since.

After being ousted by Marussia at the end of 2014, Max Chilton swapped F1 for a dual campaign in the World Endurance Championship with Nissan and an Indy Lights foray with Carlin.

The Nissan deal ended in embarrassment for the team, but Chilton's time in Lights proved more successful, with five podiums and a win in his first ever oval race. That was enough for fifth in the championship, despite missing three rounds.

For 2016 he moved up to the IndyCar Series with Chip Ganassi Racing. A seventh place in Phoenix was the high point of his first season in America's top single seater category.

Another Manor/Marussia outcast, Rossi looked set for a 2016 F1 seat with the newly-rebranded Manor Racing team, only for the better-backed duo of Pascal Wehrlein and Rio Haryanto to beat him to the drive.

Instead he moved to IndyCar to fill the seat left vacant by Gabby Chaves in the new alliance between Bryan Herta and Michael Andretti.

Except for the 100th running of the Indianapolis 500 where Rossi was able to make his fuel last when others couldn't to take a remarkable rookie win in the championship's crown jewel event. No matter what happened during the rest of the season, Rossi's first year in IndyCar will always be a memorable one.

F1 now seems to be a closed book for the Californian, who recently signed a multi-year deal to remain in IndyCar with Andretti and Herta.

Of course, these are just a selection of drivers who have made the switch.