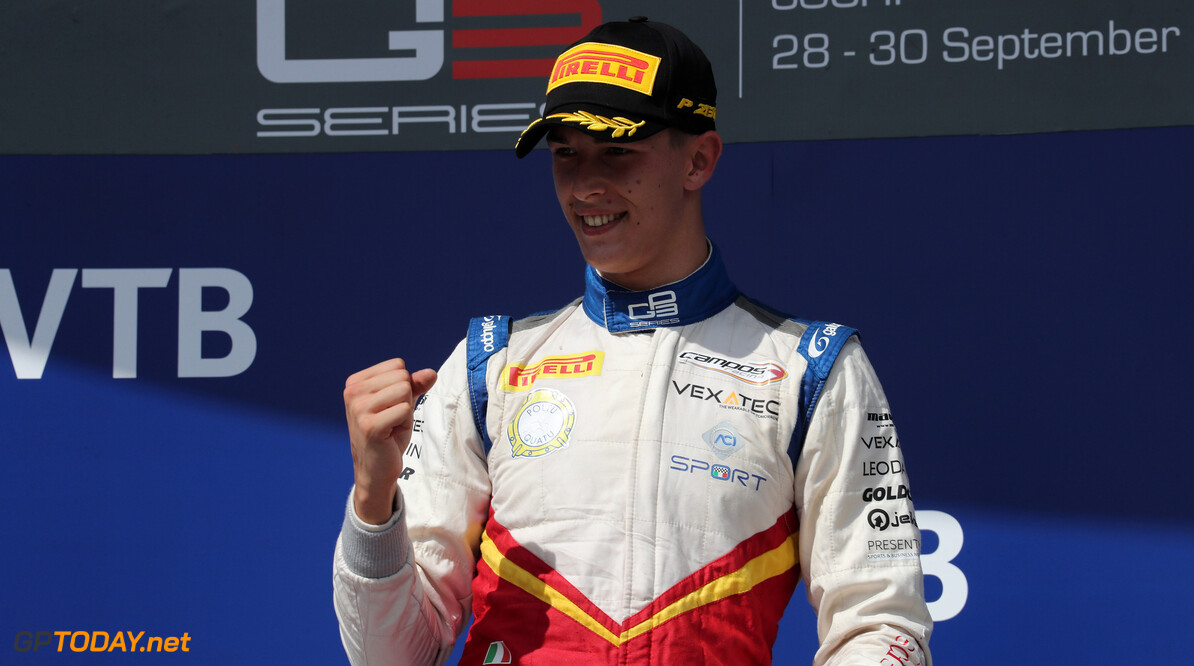 GP3 race winner Leonardo Pulcini will compete in the FIA Formula 3 championship this season with Hitech GP. The Italian spent the 2018 campaign with Campos in the GP3 Series, where he won two races towards the end of the season.

It was his second season in the category, having made his debut in 2017 with Arden International. Prior to that, he won the Euroformula Open and Spanish F3 championships in 2016.

Speaking about his move into the new F3 championship, Pulcini said: "I am very happy to announce that I'll be racing for Hitech GP in the FIA Formula 3 this year. I have a lot of confidence in the team and I cannot wait to start the season!

"Given the past results, I'm sure that we have the potential to achieve great results together. I've seen the team working and I was impressed by the very professional approach and work method. That's exactly what I need as the coming season will be crucial for me."

Pulcini made his single-seater debut in 2014, competing in the Italian Formula 4 championship, as well as debuting in the Euroformula Open and Spanish F3 championship, two seasons before he took title glory in those categories.

Hitech GP team principal Oliver Oakes: “We are delighted for Pulcini to join us in our FIA F3 campaign this year. The professionalism and talent he has demonstrated last season in GP3 proves that he is a great fit for our team as we enter the new era of Formula 3 together. We look forward to the challenge of fighting for the FIA F3 title with him this year.”