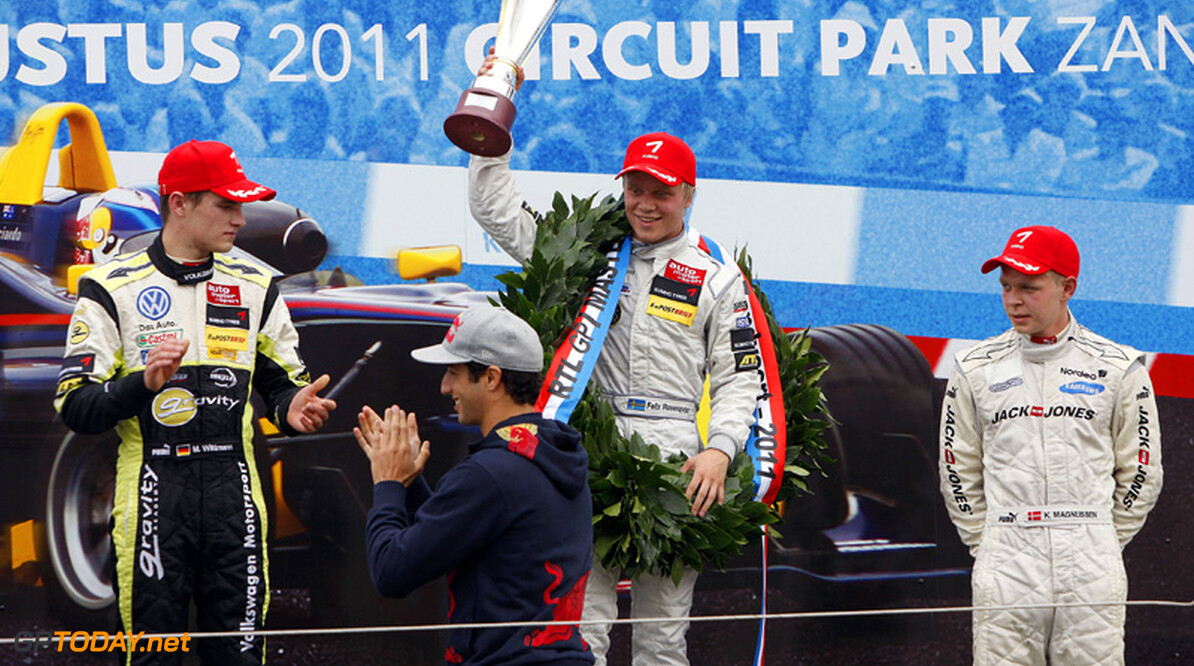 Masters: Will Felix Rosenqvist be able to defend his title?

This weekend, the tradition-rich 'RTL GP Masters of Formula 3' is going to lure the best European Formula 3 drivers to the Dutch North Sea coast. At the 4.307-kilometre Circuit Park Zandvoort, they all will try to become the successor of Felix Rosenqvist (Mücke Motorsport). The Swedish Euro Series driver, however, will again be in the Masters grid, this year, and will try hard to celebrate another win in this extraordinary event, thus repeating the feat of Valtteri Bottas. Bottas, currently test driver of the Williams Formula 1 Team, secured the Masters title in 2009 and 2010, thus becoming the only driver to have won the most significant European Formula 3 race twice. Since the creation of the Formula 3 Euro Series, every single Masters title was won by a Euro Series drivers.

Altogether, 20 Formula 3 drivers and eight teams will battle it out at Zandvoort, this year. Witt Mücke Motorsport, Carlin, Prema Powerteam, Jo Zeller Racing and the Angola Racing Team, five of the eight teams represent the Euro Series camp. And all these teams will contest the event with the drivers they also cooperate with in the Euro Series, with Carlin being the only team to enter a car for an additional driver: Dutchman Dennis van de Laar. While Mücke Motorsport celebrated Masters wins in 2003 and 2011 and Carlin secured the title in 2001, the other teams will try hard to also make it to highest step on the podium, this year. Spain's Daniel Juncadella (Prema Powerteam), the current Formula 3 Euro Series Championship leader, wants to give his team its maiden Masters triumph by becoming the first reigning Macau Champion in the history of the sport to also have won the Masters.

Felix Rosenqvist (Mücke Motorsport): "It goes without saying that repeating my success in the 'RTL GP Masters of Formula 3' would be great - but I don't feel a special pressure. Even if I shouldn't succeed in defending my title I will remain on the Masters winners' list. The first rounds of the season didn't run perfectly, for me, but now I'm optimistic regarding the second half of the season. Now, we will race at the circuits I always have been fast at. At Zandvoort, for instance, I made it to the top three in every qualifying session and race I contested there. I'm travelling to the Masters in a confident mood."
F3 News Valtteri Bottas Williams Prema Powerteam
.