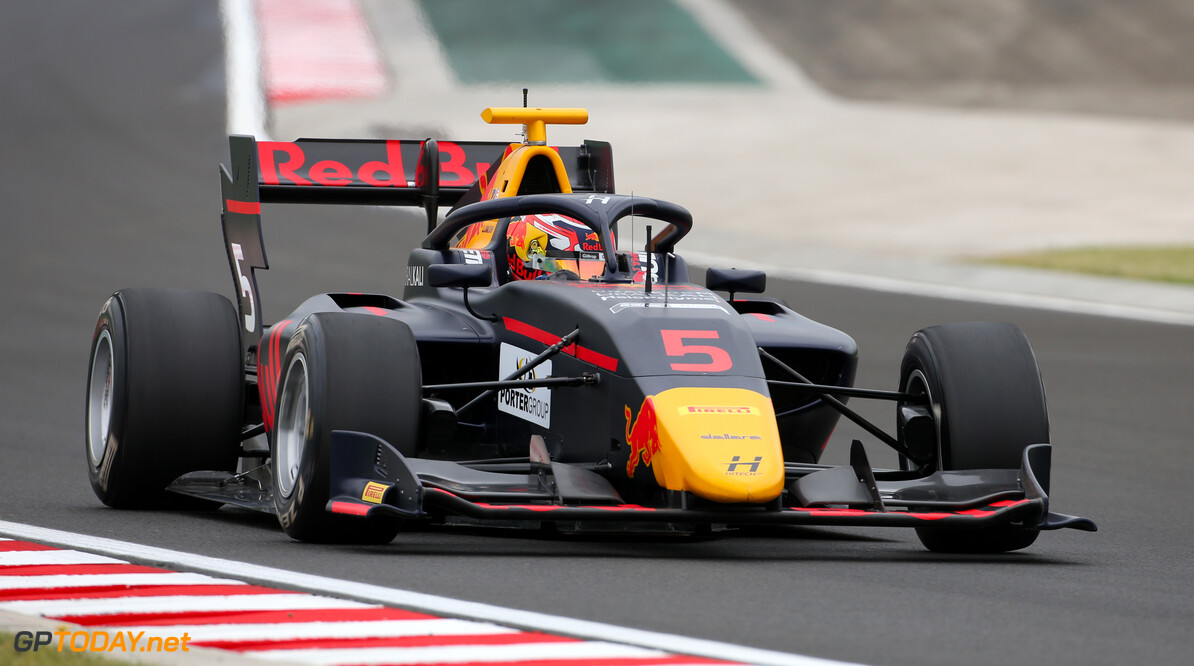 Liam Lawson took the victory in the final F3 race of the year at Mugello this morning ahead of David Beckmann and Theo Pourchaire, who just lost out on the title to Prema's Oscar Piastri.

Pole sitter Lawson got away well, as second-placed Aleksandr Smolyar tried a move around the outside for the lead. Championship contender Logan Sargeant was put out of contention for the title after being squeezed off track at turn three and into the Trident of Lirim Zandeli, bringing out the safety car.

Piastri was now in the frame for the title, and after moving up to seventh on the start, simply had to stay in that position to win the championship thanks to Sargeant's retirement.

Pourchaire was behind in eighth and being nine points behind Piastri in the standings, he needed to move up the order for a shot at the title.

As the race restarted on lap four, Pourchaire jumped up to sixth as Piastri fell back to ninth. Lawson still led out in front, ahead of the ART of Smolyar.

Calan Williams and Cameron Das had a brief coming together on lap seven, but both cars were able to continue. At the front, Beckmann moved up past Smolyar to second, as Vesti got ahead of teammate Piastri.

Fourth and fifth went to Enzo Fittipaldi and Richard Verschoor, while Jake Hughes and Piastri took sixth and seventh.

Sebastian Fernandez then moved up to third past teammate Smolyar, as Piastri looked to be falling off the pace. Williams was given a five-second time penalty for his contract with Das at the first corner.

Pourchaire took fifth from Smolyar with a brilliant move around the outside of turn one, the Frenchman looking for a podium finish to possibly take the championship.

On lap eleven, Pourchaire found himself fourth and tantalisingly close to taking the lead of the championship, only two points from Piastri in the standings.

An off for Alessio Deledda brought out the yellow flags at the final corner but was able to take the car out of the gravel trap and continue.

Prema told Vesti on lap thirteen to either move up the order or let teammate Piastri through, as Pourchaire ahead closed in on teammate Fernandez. Vesti moved up to eighth past Smolyar.

Pourchaire moved up to third on lap sixteen as Piastri got up to ninth. Pourchaire now needed second, as Piastri's ninth place secured the Prema in the championship by just one point as it stood.

Piastri moved past teammate Vesti on lap eighteen for eighth, as Pourchaire struggled to close up to second-placed Beckmann.

Pouchaire would not move into the position he needed, but Piastri took seventh on the line off Fernandez to take the title by four three points from Pourchaire.

Eighth and the final point went to Fernandez, as Vesti and Smolyar rounded out the top ten.