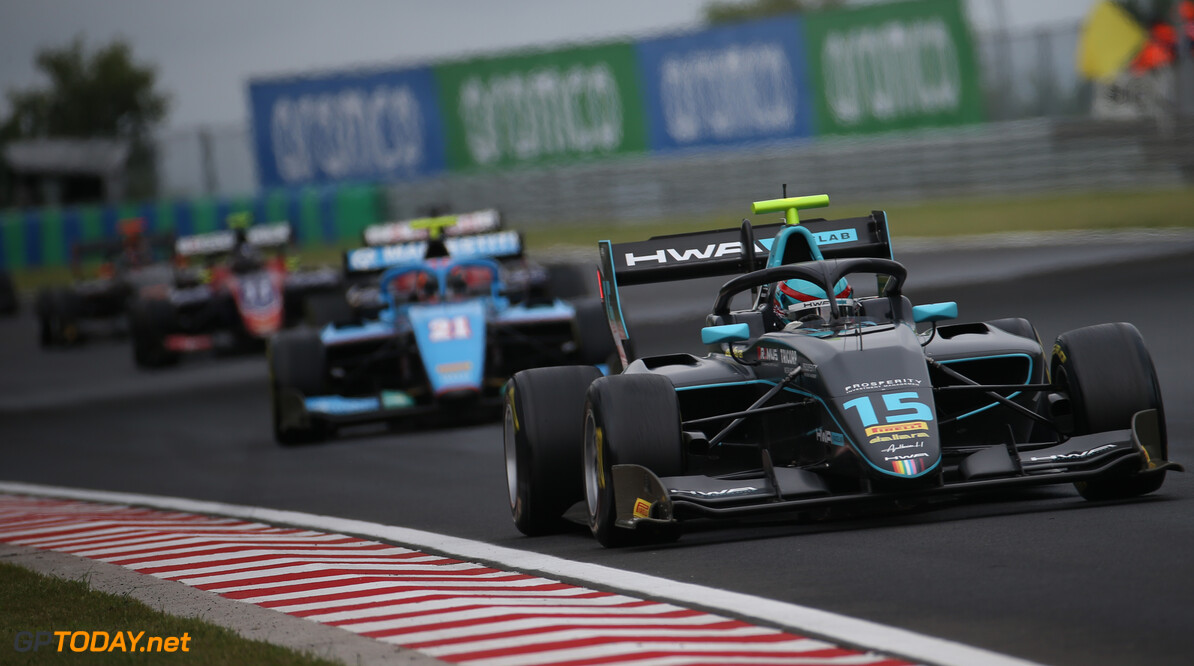 Sprint Race: Hughes is victorious as dramatic race takes out the Premas

It was HWA's Jake Hughes that took the win this morning in Monza, with Liam Lawson following behind in second and Theo Pourchaire in a dramatic race that saw the retirement of all three Prema cars.

A blistering start off the line for Lirim Zendeli saw him shoot off the line from fourth and take the lead going into the first corner, while pole man Michael Belov dropped down to third on the first lap.

Yesterday's podium finisher Pourchaire found himself in the gravel on the second lap, dropping the ART down to seventeenth.

Having started twenty-sixth, Prema's Logan Sargeant moved up to seventeenth by the fourth lap, as Lawson passed Hughes for third the following lap.

The gap between first and sevent was only two seconds as Enzo Fittipaldi and Zendeli swapped places for the lead multiple times. However, contact with Zendeli saw Fittipaldi left with a puncture, as Lawson took the lead from Zendeli. David Beckmann also suffered a puncture after a trip fron the gravel.

Zendeli dropped down to seventh after running wide at the first chicane, while championship leader Oscar Piastri spun at the chicane, forcing multiple drivers off the circuit as Sargeant now found himself in fifth, while Piastri retired from the race.

Pourchaire moved up to seventh after coming back from seventeenth, taking sixth at Bent Viscaal's expense, who was further relegated to seventh behind Alex Peroni.

Zendeli then went off the circuit on lap 14, handing fourth to Sargeant as Peroni defended seventh from Aleksandr Smolyar.

Fourth and fifth went to Aleksandar Smolyar and Zendeli, with Peroni and Pierre-Louis Chovet in sixth and seventh.

Sargeant challenged teammate Vesti for third, but Vesti defended hard, forcing Sargeant into the clutches of Zendeli behind, as Hughes and Lawson pulled ahead up front.

Zendeli then got past Sargeant for fourth on lap eighteenth, with Pourchaire closing up to the battle for third. Pourchaire then sent Sargeant to sixth, with Zendeli moving up to third.

Pourchaire then passed Vesti for fourth after a lock-up from Zendeli slowed rhe cars behind. Going side-by-side, Vesti and Sargeant made contact, breaking Vesti's front wing and leaving Sargeant with a puncture. Sargeant retired from the race as Vesti continued.

Pourchare continued his late-race comeback, moving up past Zendeli for third, as Vesti also retired from the race, all three Prema cars retiring over the course of the race.

Smolyar moved up to fourth behind ART teammate Pourchaire,challenging the Frenchman for the final podium spot. Hughes took the win as Pouchaire held on for third behind Lawson.

Eighth and ninth went to Roman Stanek and Olli Caldwell, with Richard Verschoor taking the final point in tenth.