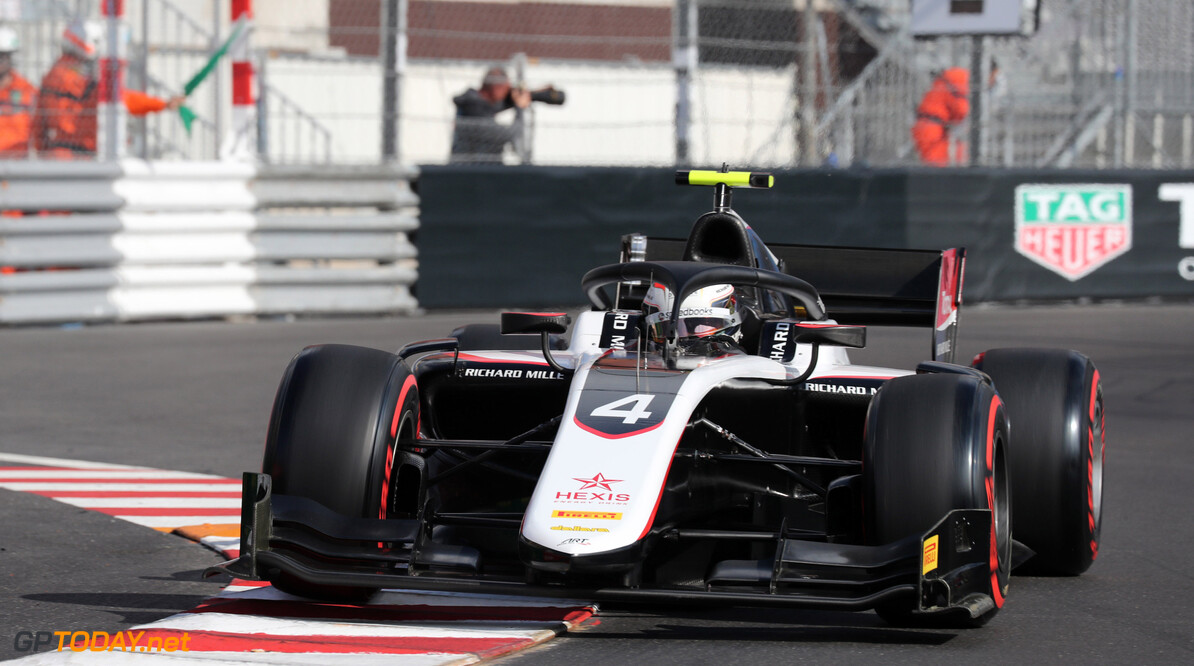 Nyck de Vries has won the opening race of the Monaco weekend, taking a second consecutive victory in the Formula 2 championship.

De Vries started the race from pole position and had his run to the first corner made slightly easier, when Callum Ilott, who was taking his first ever front row start, was hit with a car issue before the light sequence started.

The start was aborted and after the drivers rounded the circuit for a second formation lap, the race got underway with de Vries keeping his lead into the first turn.

The first penalties of the day were handed out to Artem Markelov, Ralph Boschung and Tatiana Calderon who all cut the first corner on the opening lap.

Lap 8 saw Mick Schumacher and Nicholas Latifi pit, as they opted to start on the super-soft tyres. They remained close on track for a number of laps, before they made contact on lap 17 at the hairpin.

Latifi was forced to pit for a new front wing, but it wasn't long before Schumacher found himself in combat again, as he made contact with Calderon at Rascasse.

The crash blocked the track which forced race control to throw out the red flag and force the cars to return to the pit lane and into the order they were in prior to the crash.

At the end of the 41 laps, race control released a message stating that the "alleged race suspension procedure infringements will be investigated after the race".

Schumacher received a drive-through penalty for the crash and he has also dished a five-second time penalty for leaving the track and gaining an advantage.

Following the restart, a number of the top cars still had to make their mandatory pit stops, with race winner de Vries stopping with just five laps to go.

After making contact with Schumacher earlier in the race, Latifi hit the second Prema of Sean Gelael at Rascasse, which spun the Indonesian. Latifi received a drive-through penalty for causing the collision.

Mahaveer Raghunathan out Jack Aitken in the wall with mere laps to go, while on the same lap, Juan Manuel Correa crashed in the final sector. A safety car was called while the cars were retrieved, but was brought back in to allow one more lap of racing.

De Vries held his spot out in front and now sits just one point behind Latifi for the lead in the drivers' championship. Luca Ghoitto followed the Dutchman in second, while Nobuharu Matsushita took his first podium of the season.