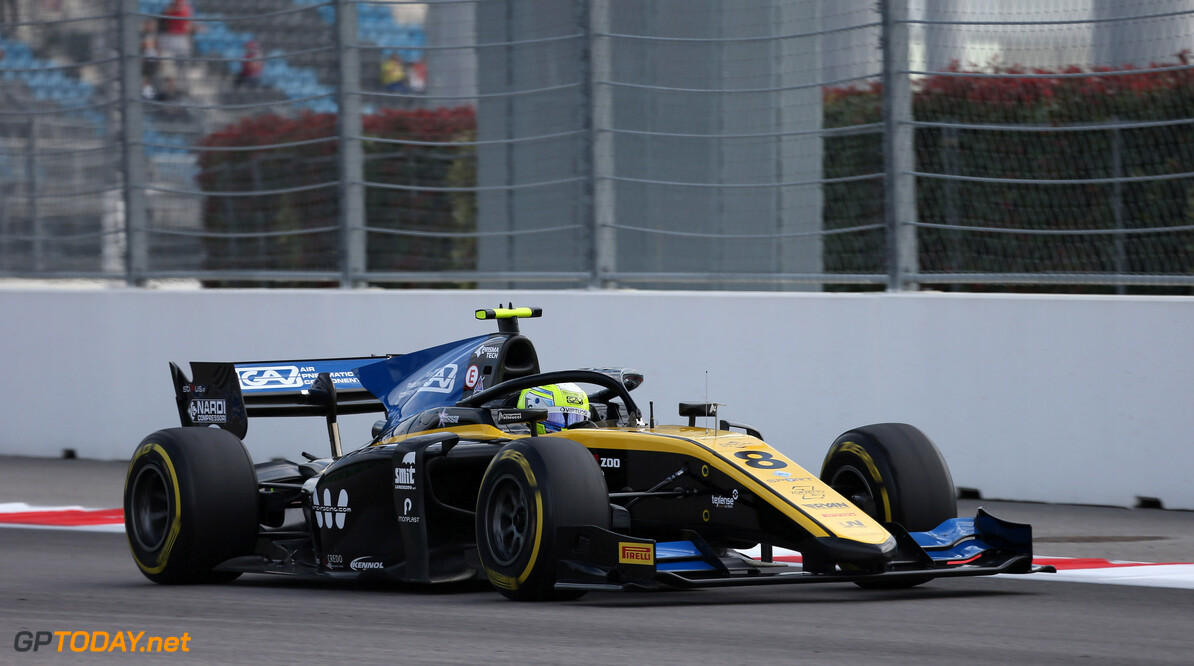 Luca Ghiotto has won the final race of the Formula 2 Russian event, as he held of Nyck de Vries in the final laps to take his third win of the season.

The race was delayed after the red flag was deployed on lap one following a major collision between Nobuharu Matsushita and Nikita Mazepin.

The two came together at Turn 3 after Mazepin made contact with Jack Aitken in the run-off area at Turn 2, which bounced the reverse grid polesitter into Matsushita, who made heavy contact with the barriers.

However, the two were reported to be okay and were taken to hospital to be checked up. The crash saw a delay of over 30 minutes, which resulted in the race being shortened to 15 laps.

Ghiotto inherited the lead when the race was restarted behind the safety car, with de Vries behind him closing in on the final laps.

However the Dutchman, who secured the championship on Saturday, couldn't find a way past the Uni-Virtuosi driver.

Callum Ilott secured his second podium finish of the season, crossing the line in third place, as he stuck to the back of the battle between Ghiotto and de Vries.

Nicholas Latifi was fourth ahead of Guanyu Zhou and Sergio Sette Camara, with the latter receiving a time penalty which dropped him down the order slightly.

Sean Gelael was seventh, crossing the line in front of Giuliano Alesi who picked up the final point on offer.

Jus one round remains in the 2019 championship, as the series will return in Abu Dhabi for the final round of the year, once more accompanying the Formula 1 championship.