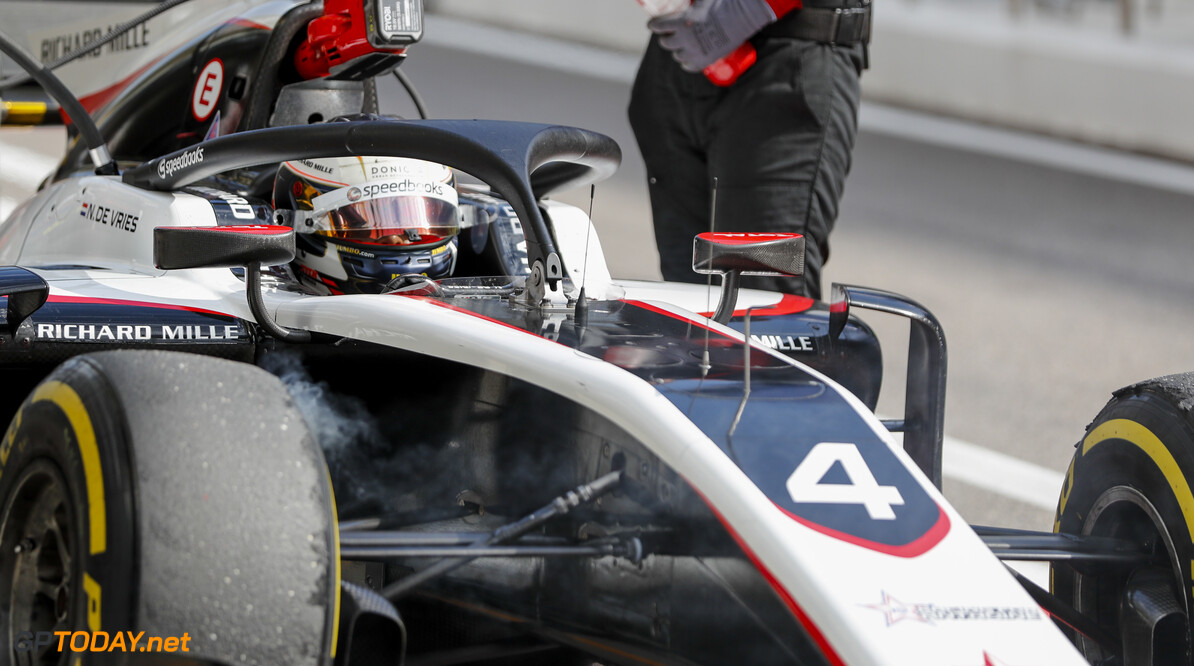 Nyck de Vries has taken pole position for the penultimate Feature Race of the 2019 Formula 2 season, beating Nicholas Latifi to the top spot.

Latifi held provisional pole after his first run, following on from the strong pace he had during the practice session earlier on Friday.

However, de Vries managed to improve in the final minutes of the session and no other driver was able to make up time to stop de Vries from taking his fifth pole of the season.

After taking pole last time out at Monza, Callum Ilott was third ahead of Uni Virtuosi teammates Luca Ghiotto and Guanyu Zhou.

Despite finishing the practice session in second place on Friday morning, Sergio Sette Camara couldn't replicate his form and is set to start Saturday's race from sixth on the grid.

Both Carlin's got into the top ten, with Louis Deletraz and Nobuharu Matsushita ending up in seventh and tenth respectively.

Nikita Mazepin qualified eighth for his home event, beating Jordan King, who will line up on Saturday's grid in ninth position.

Mick Schumacher just failed to make it into the top ten, while Artem Markelov ended up in 16th on his F2 qualifying return ahead of debutant Matevos Isaakyan.