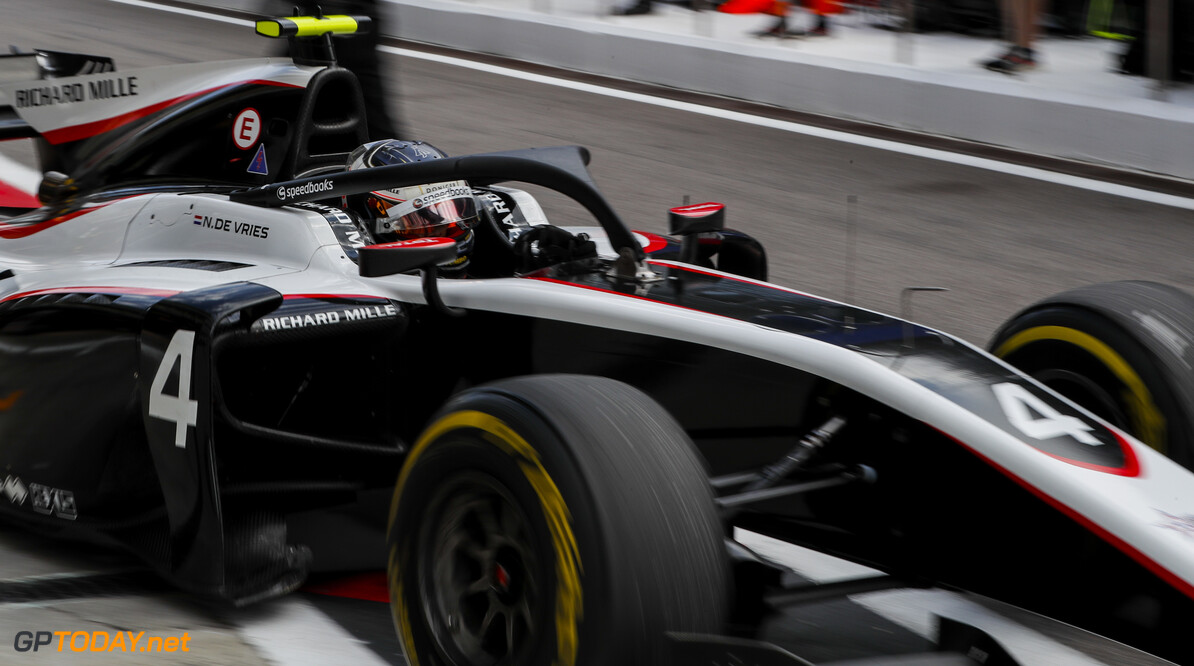 Nyck de Vries has been crowned the 2019 FIA Formula 2 champion after dominating the Feature Race in Sochi.

The Dutchman took his fourth victory of the season ahead of Nicholas Latifi, with the two pitting early on in the race for the medium tyre after running on the super soft.

As the pit stop phase of the race played out, de Vries moved back up the order, with Luca Ghiotto taking the lead before pitting in the final handful of laps.

He went on a charge and moved into third place past Deletraz, however before he could close in on Latifi, his tyres fell away, and found himself back behind Deletraz who overtook him on the final lap.

Ghiotto had to settle for fourth place in the end, ahead of Sergio Sette Camara and Nobuaru Matsushita, who drove a similar straegy to Ghiotto.

After winning the Sprint Race last time out, Jack Aitken was seventh ahead of the home racer Nikita Mazepin.

Callum Ilott was ninth, while Guanyu Zhou took the last point for Uni-Virtuosi.

Artem Markelov's race and return to F2 ended on the opening lap, as he was forced to pull to the side of the circuit at his home event.

Mick Schumacher also retired from the session after his Prema was smoking for a number of laps before the problem became terminal as he returned to the pit lane.