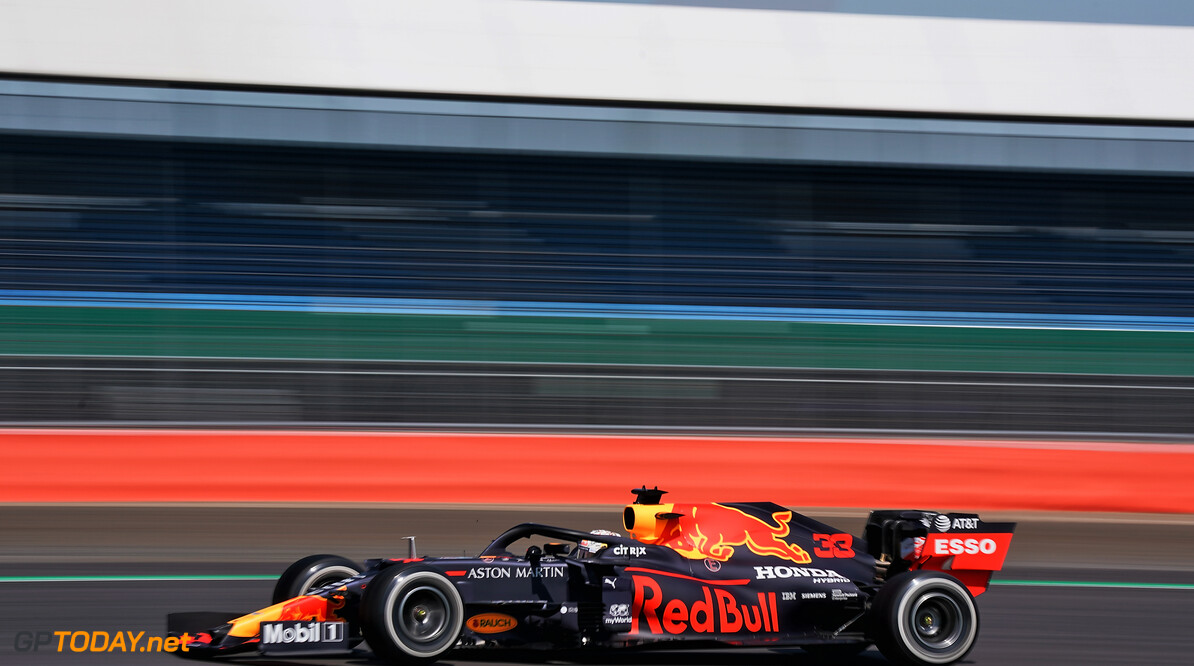 Max Verstappen has ended the first practice session from the British Grand Prix weekend on top of the timesheets, setting a 1:27.422.

The session took place in abnormally warm conditions for the Silverstone Circuit, which saw some drivers struggle on the soft compound tyre.

However, Verstappen managed to set his fastest time on the soft compound, while rivals around him opted for the medium tyre.

Sebastian Vettel failed to set a lap time during the session as an intercooler problem ruled him out early on, forcing him to watch on from the sidelines.

The session also saw the return of Nico Hulkenberg, who replaces Sergio Perez for the weekend after the latter tested positive for COVID-19.

Lewis Hamilton was second fastest, almost half a second down on Verstappen, while Lance Stroll, who finished fourth last time out in Hungary, was third for Racing Point.

Alexander Albon was fourth for Red Bull, ahead of the sole Ferrari in the session, driven by Charles Leclerc.

Valtteri Bottas was sixth, ahead of the Renault duo of Esteban Ocon and Daniel Ricciardo.

Hulkenberg managed to end his frst session since Abu Dhabi last year in ninth place, two-hundrethds of a second down on his former teammate Ricciardo.

It was a difficult session for Alfa Romeo, as both Kimi Raikkonen and Antonio Giovinazzi spun early on in the session.

Raikkonen found himself in the gravel but didn't get beached and was able to continue on his way. Giovinazzi spun after losing the car through the Maggotts and Becketts sequence, which resulted in delaminated tyres.

As he drove back to the pit lane, the separating rubber from the tyres damaged the floor, however he was able to return to the circuit later in the session.

FP2 from Silverstone gets underway at 15:00 local time. 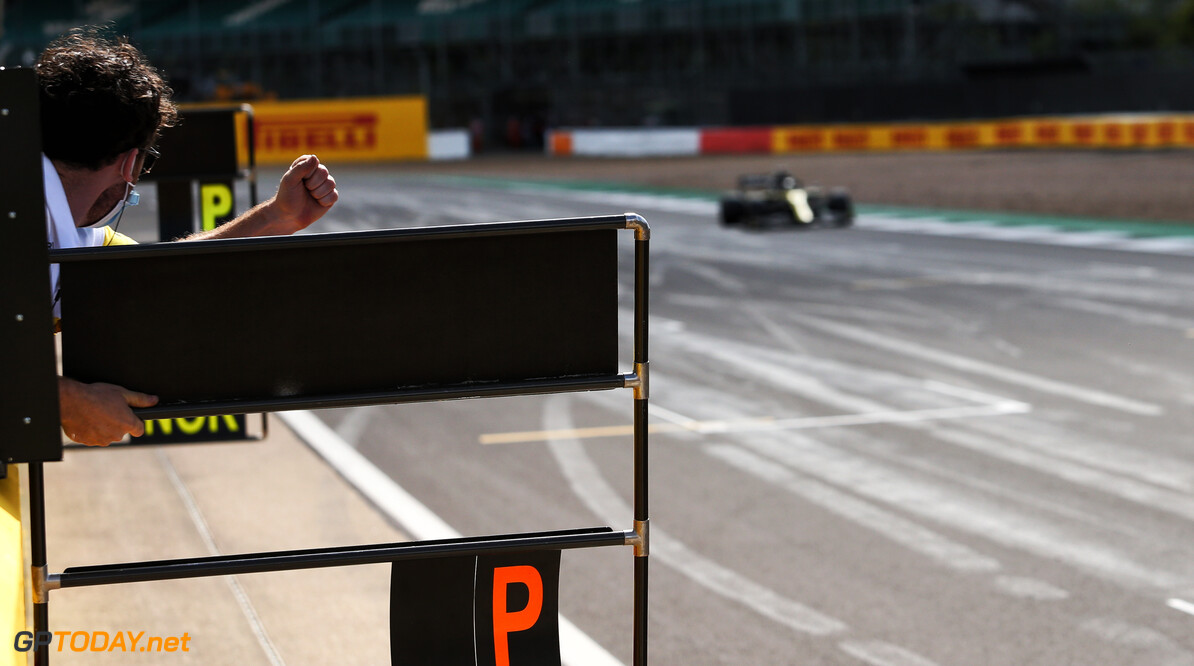 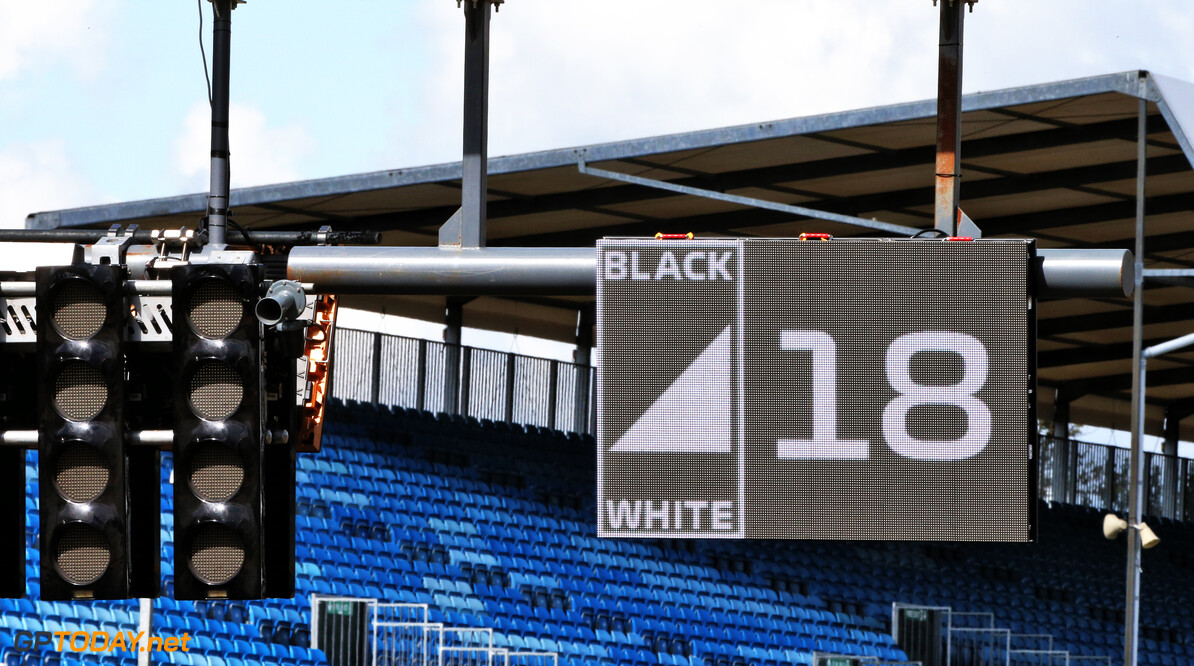 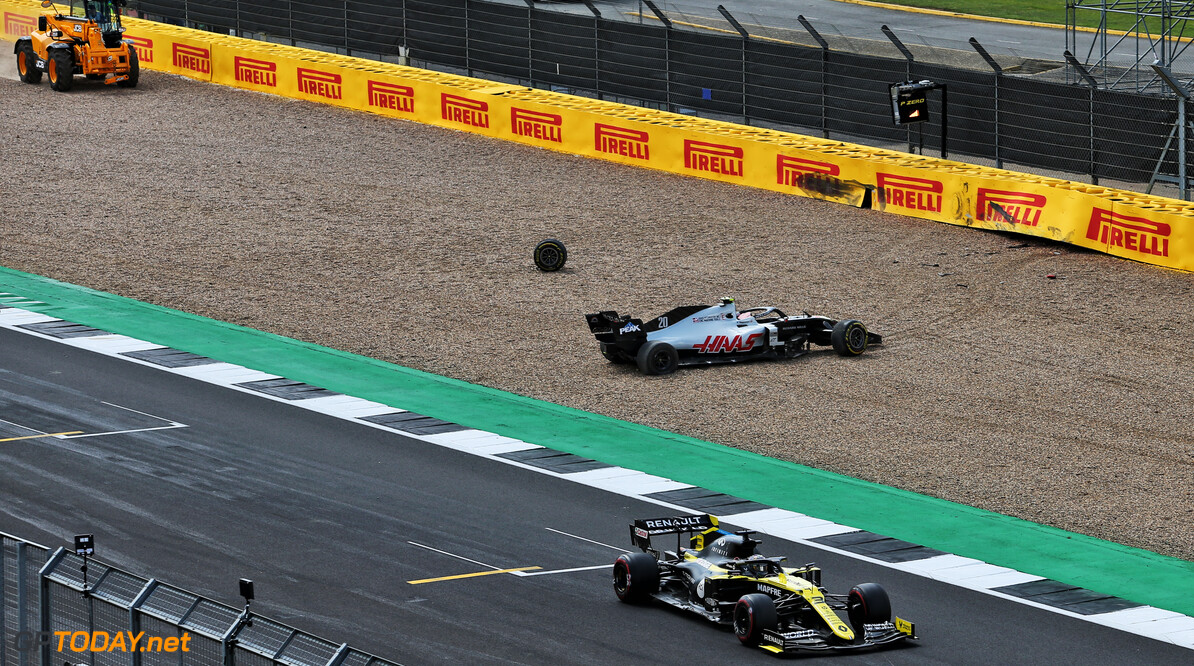