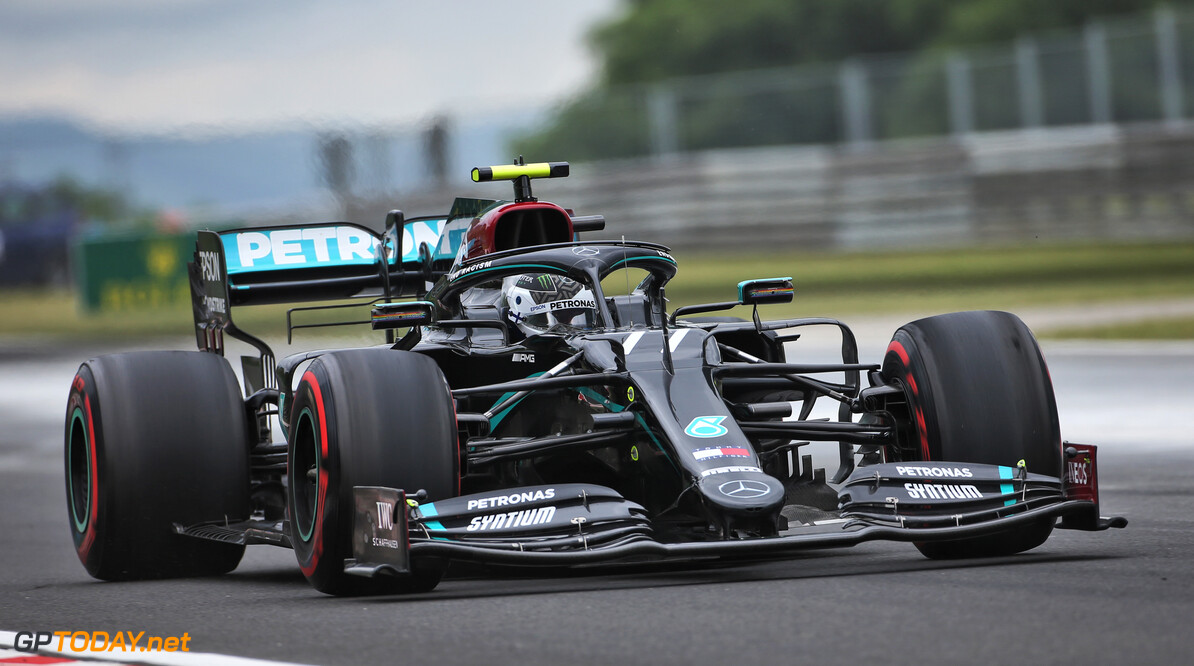 Valtteri Bottas has concluded practice from the Hungarian Grand Prix on top of the timesheets, heading Mercedes teammate Lewis Hamilton by half a tenth of a second.

The Silver Arrows' biggest competition came from Sergio Perez, who was 0.161s down on Bottas' fastest lap-time ahead of qualifying later this afternoon.

Verstappen spun at Turn 12 during the session, with his RB16 car getting away from him on the apex of the corner. However, the Dutchman managed to avoid contact with the barriers and escaped damaging the car.

Lando Norris was seventh for McLaren, as he looks to carry up his strong pace from Austria to Hungary. The Briton enters the weekend on the back of two top-five results, including his maiden podium finish, at the Red Bull Ring.

Sebastian Vettel was eighth, ahead of Pierre Gasly and Daniel Ricciardo who rounded out the top ten.

No wet weather tyres were needed during the session, however the risk of rain remains high heading into qualifying.

The session will begin at 15:00 local time, with Mercedes going in search of its fourth consecutive pole position.