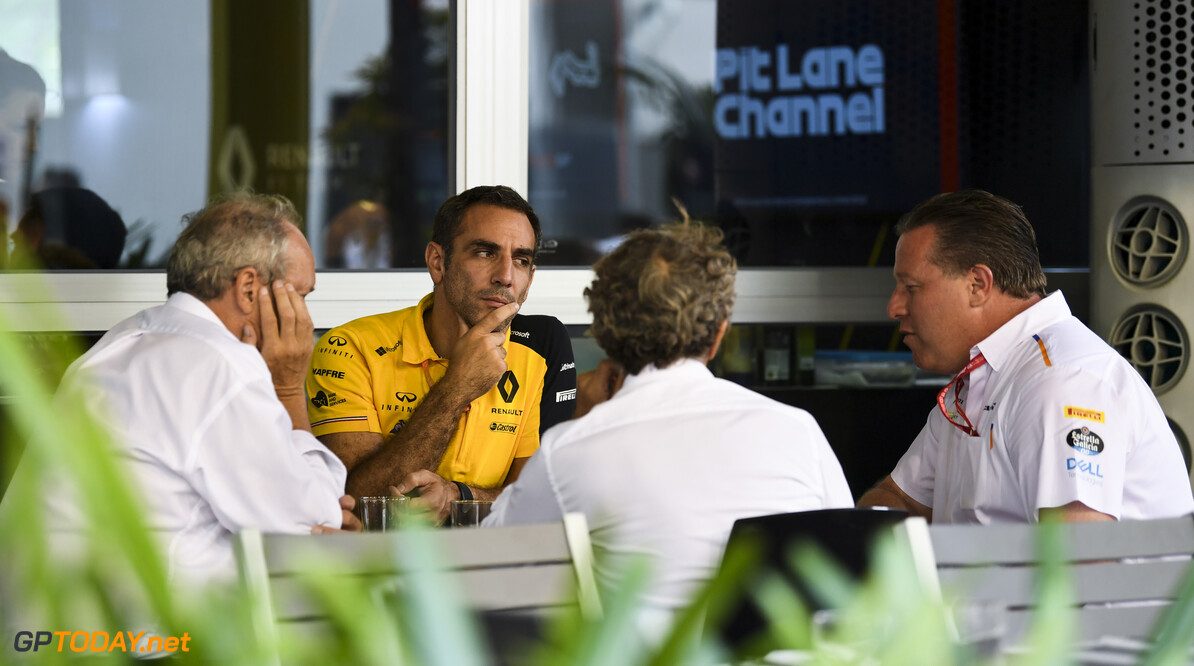 Renault: No McLaren deal means we can 'focus on ourselves'

Renault team principal Cyril Abiteboul says that the conclusion of its engine deal with McLaren after 2020 means the French manufacturer will be able to focus on its own development.

McLaren will return to Mercedes power in 2021, ending what will be a three-year stint with Renault.

The two paired up ahead of the 2018 campaign after McLaren endured a handful of difficult years partnered with Honda.

Abiteboul insists that the decision to end their relationship with McLaren will not have any impact on the 2020 season for both parties.

"In particular, for next year there is no impact because the engine for next year is done," said the Frenchman. "It’s on the dyno already, you know that it’s a long lead-time development, so nothing is going to impact what we are doing for 2020.

"It’s going to impact what we could be doing for 2021 on the basis that, when you have multiple customers, in particular the way that Renault is doing it, we always try to satisfy everyone to take on board all the comments in terms of installation, and so on and so forth, so that will be one less distraction.

Renault will power just its works team in 2021, which Abiteboul says will see it focus on its own team as it works to close the gap to the front-running outfits.

"We will be able to focus on ourselves and just on ourselves," he said. "And that’s it. From an economic perspective, there is absolutely no impact and nothing in it, because we sell, more or less, at a cost.

"Due to the price cap limitation. So, frankly, it’s nothing, that it’s good news, because, you know, it’s always satisfying to see your product being used by multiple teams but in terms of what we need to achieve and deliver for Renault it has absolutely no impact.