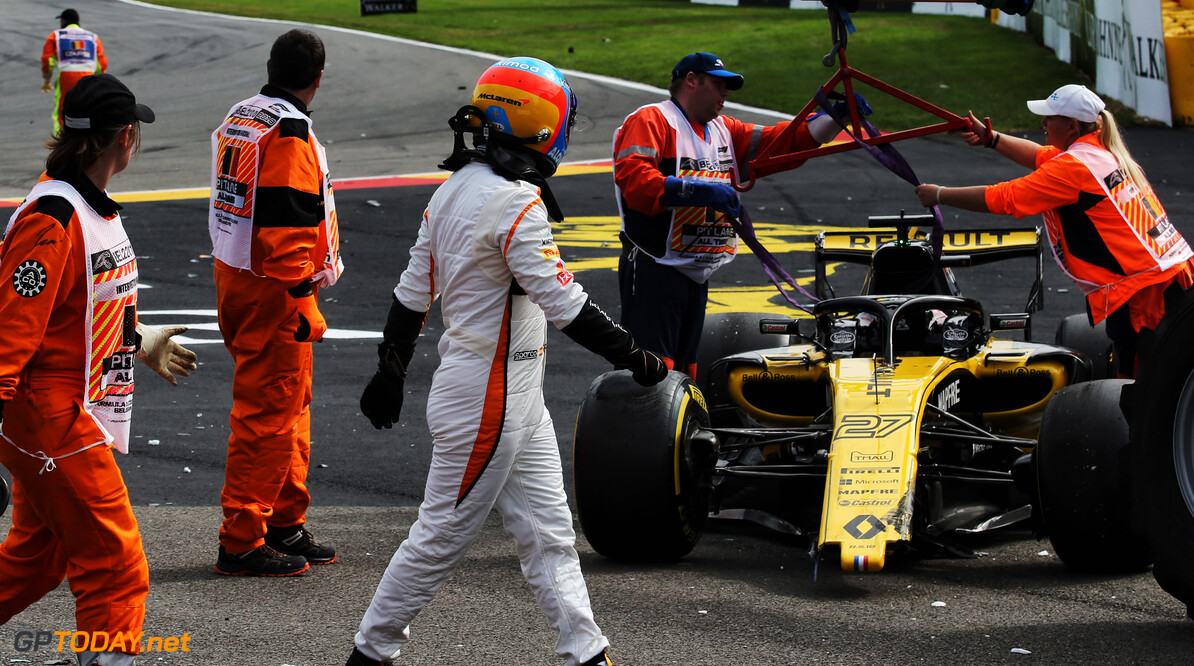 Column: Will an Alonso and Abiteboul partnership really work at Renault?

With the news being confirmed today that Fernando Alonso is set to return to F1 with Renault in 2021, it has to be expected that he is coming looking for glory and victories with his most successful team.

Alonso, having won both championships with the team in 2005 and 2006, will step into familiar territory when he makes his return to Enstone. However, it is now a very different place.

Much key staff involved with the team during the championship-winning years,  namely engineering director Pat Symonds and Alonso's manager Flavio Briatore, have now moved on.

Now the French manufacturer's F1 operations is being currently headed by Cyril Abiteboul, a man who has gained a mixed reputation throughout his time at the helm of Renault.

Abiteboul gained a lot of criticism through the guise of Netflix's Drive to Survive series, where his constant sniping at Red Bull team principal Christan Horner for the team's dropping of the Renault power unit for Honda at the end of 2019 saw him become a bit of a star.

Signing Red Bull's Daniel Ricciardo for 2019 was seen as an act of revenge by Abiteboul as Ricciardo was billed as the driver to rebuild the team. However, two years on and now it's Ricciardo in Abiteboul's line of fire, as the Aussie will jump ship to McLaren for 2021.

One can not blame Ricciardo for the move. Working with engine regulations that are now six years old, Renault is still constantly suffering from reliability problems, where even the problematic Honda units have now become rather bulletproof compared to its French rival.

Abiteboul seems somewhat in denial that there is a major issue here but still seems fixated with progress and success, promising that it is around the corner for a team that does not seem to be really making any.

Alonso himself left F1 at the end of 2018 frustrated. Despite success in the 24 Hours of Le Mans and the World Endurance Championship itself, he vowed to return to F1 and be competitive once again.

His final years at McLaren brought out the dark side of Alonso, where he was not afraid, but publically and privately, of criticizing the team and the Honda power units when things were going poorly.

One can remember the constant radio messages and press conferences where Alonso expressed remarks at the team's performance that were borderline insulting. Alonso had an ego that was not going to work within a team vying for improvement and success.

Is that what's going to happen upon his Renault return and more notably, a partnership with Abiteboul? Will he accept the fate that Renault will most likely not be a challenger in 2021 and more than likely will suffer once again? It's hard to imagine him in such a scenario once again.

The major regulation changes for 2022 offer some hope of a rebound for Alonso and the Renault team, but as he approaches the age of forty upon his F1 return next year time is running out.

What could be the concerning factor is what could happen between the pair if Renault is to suffer as has been seen in recent years. Abiteboul may not stand for Alonso's critiques and sniping at the team, and Alonso will not settle for a lack of tangible progress.

If the team is to truly bounce back for the new regulations in 2022 and become title challengers again, they first must get through 2021. If things go south over the course of next year, don't be surprised if either Alonso or Abiteboul are shown the door. It will be a question of who Renault relies on the most.

It is worth noting also that Frenchman Esteban Ocon made his return to Renault this season, and has already been confirmed to be Alonso's teammate in 2021. We saw Ocon's approach to teammate rivalries with Sergio Perez during their time together at Force India and more often than not it ended in tears.

With Abiteboul's faith in Ocon as a future star of the team and his unemotional decision to drop Nico Hulkenberg, himself once cited as a driver to rebuild Renault, it has to be questioned how far he will go to keep a French driver in a French team, even at the expense of a two-time champion?

Certainly, the relationship could work smoothly and Renault, as a team competing in F1, may never look back. One thing is sure though, if there is even a hit of an internal issue next season, all eyes will be on the Renault garage.