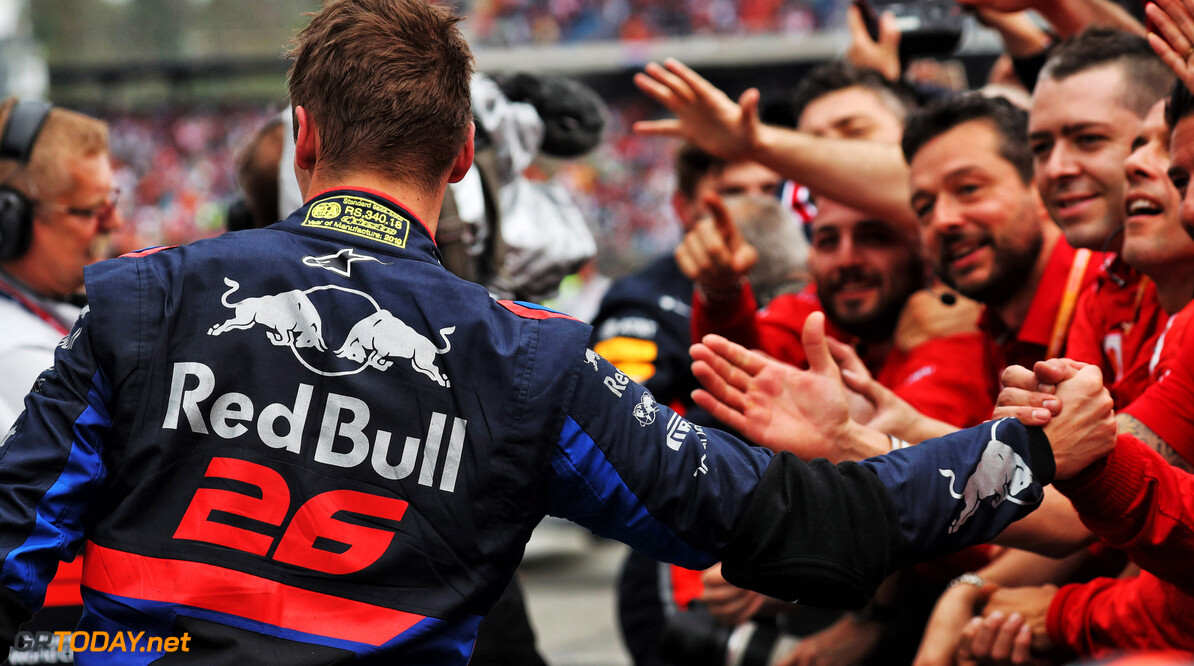 Honda says that Toro Rosso's podium at the German Grand Prix was a reward for all of the work it did together in 2018, prior to Red Bull's switch to the Japanese manufacturer.

This year, both Red Bull and Toro Rosso are running Honda engines, which has delivered Max Verstappen two wins and a further three podium finishes.

Toro Rosso scored an unexpected podium at the Hockenheimring last month, when a frantic race saw Daniil Kvyat cross the line in third place to take the team's second-ever podium, and its first in 11 years.

“Kvyat in third was a very big thing for us because we were improving together last year, with some struggles as well,” Honda’s F1 managing director Masashi Yamamoto told Autosport. "We made a big effort to improve together with Toro Rosso as a team.

"That was only the second time for Toro Rosso as well, since Vettel’s win. It was a very big moment for the team as well and we were very glad we could achieve it together.

“I was talking to Franz Tost last year, looking at this year as we knew we were going to be with Red Bull from the middle of the season.

“We were discussing we can try various things with Toro Rosso towards this year. So we thank them for their contribution and we’re glad we could be on the podium with them.”

Honda's form this season is a stark contrast to its struggles with McLaren from 2015 to 2017, when it was languishing towards the back of the gird.

Yamamoto says that Red Bull's victory in Austria, Honda's first in the turbo-hybrid era, was a big motivation boost for the outfit after a difficult handful of years.

"That victory meant a lot for Honda, and after this we are managing our engine very well, better than before," he said. “The biggest thing is that the engineers were so motivated from that win, they were so encouraged"