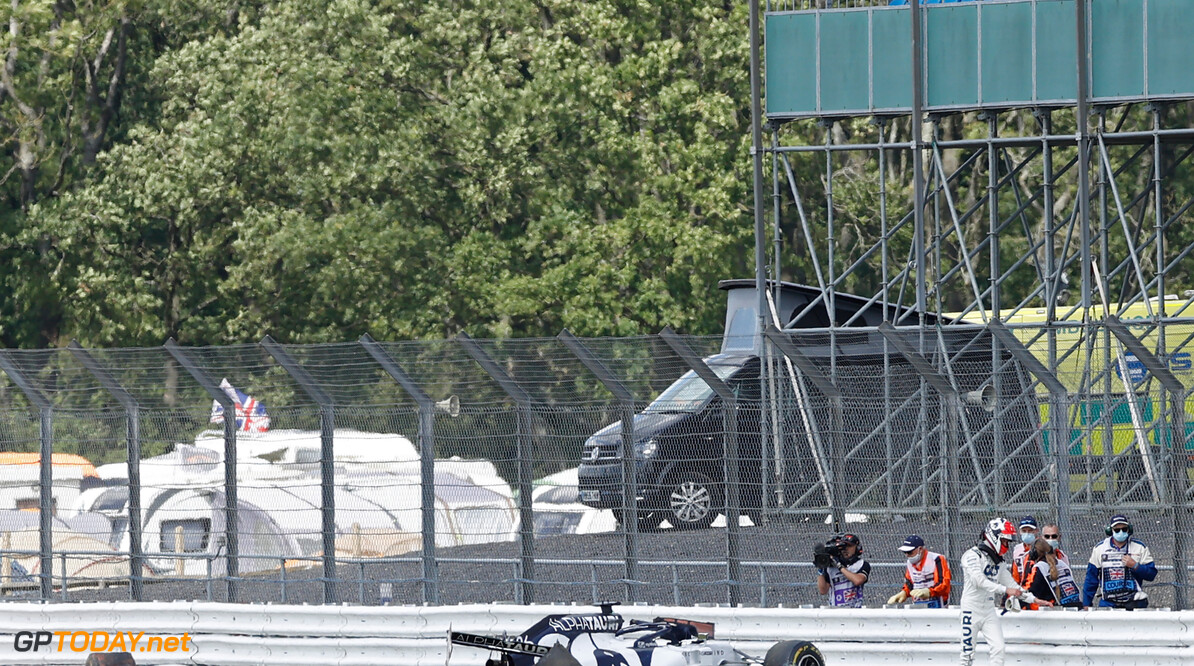 An extra tyre barrier has been added to the outside of Becketts corner ahead of the 70th Anniversary Grand Prix at Silverstone in response to Daniil Kvyat's crash last Sunday.

Kvyat lost control of his AlphaTauri on the entry to the corner during the race, spinning off the circuit and slamming the armco barrier at the end of the corner, destroying his car in the process.

Fortunately, Kvyat emerged from the massive accident unhurt. The cause of the accident was determined to be a puncture on the rear of Kvyat's car as he entered the high-speed corner.

On Thursday, FIA race director Michael Masi confirmed the addition of the tyre barrier, added to protect drivers from such an impact as saw with Kvyat's crash.

"A tyre barrier approximately 36m long has been installed at the rear of the Turn 11 run-off area," Masi said.

Speaking on Thursday to the added features to the circuit in time for this Sunday's race, Masi also confirmed the changes to the kerbing at Chapel corner.

A number of drivers ran wide at the corner over the weekend, often hitting the dirt from where the kerb was removed of this year's race. It was confirmed by officials at Silverstone during the week that the kerb would be added back in time of this weekend's race.

Renault's Esteban Ocon suspected the removal of the kerb could have contributed to cuts in the tyres saw by multiple teams over the course of the British Grand Prix.

"There is now no kerb anymore [at Turn 13] which there was before, so now you run in the dirt and then you go on to the kerb and that could also damage the tyres," Ocon told Autosport.

"I don’t know if it came from the carbon debris or just the track being very hard with the tyres or the new cars running wider than I was used to in 2018. But we’ve seen more damage and more cuts to the tyres than we have ever seen."