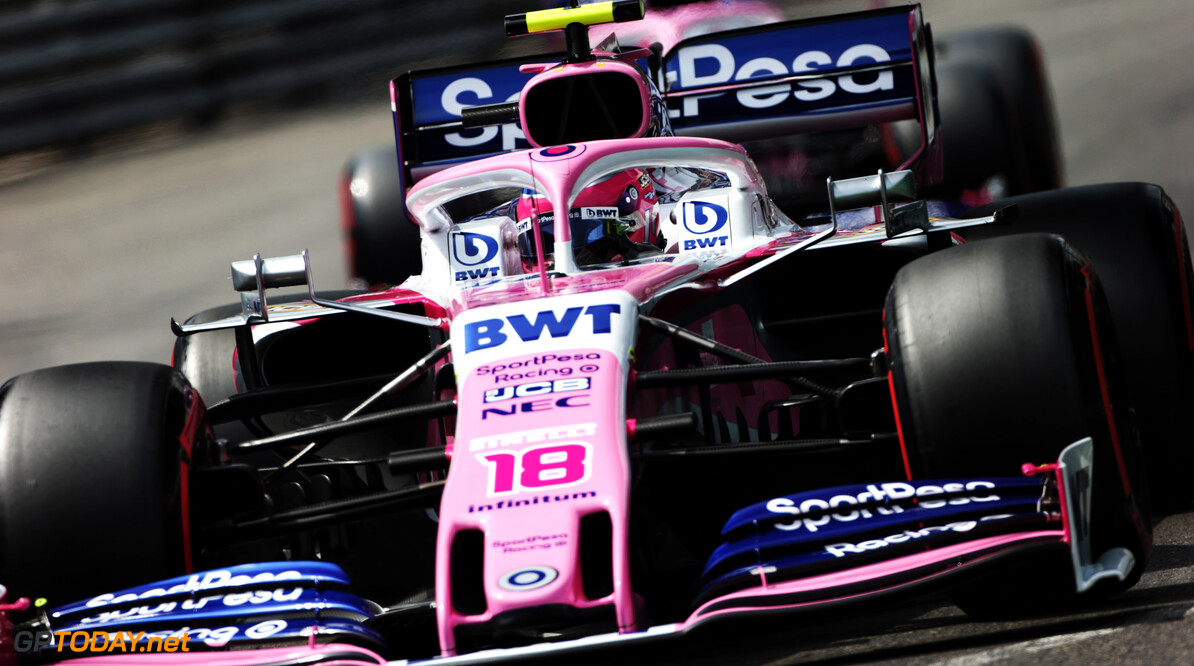 Sergio Perez has admitted surprise over Lance Stroll's race pace this season, in what is their first as teammates at Racing Point.

Stroll has four top-ten finishes to Perez's three so far this year, with the latter failing to score points at the last eight races.

Stroll joined Racing Point for the 2019 campaign after his father led a consortium of investors to take over the team formerly known as Force India, after it slipped into administration in August, 2018.

The Canadian driver is yet to out-qualify Perez this year, but sits four places ahead of the former McLaren driver in the drivers' championship.

"I think since he came I’ve been surprised with his race rhythm, that’s something that caught me out,” Perez told RACER.

“I seemed to have a bit more of an advantage historically to my previous team-mates, especially on race pace, and with Lance, the first time, he was up there.

“I think his race pace is quite good. He’s improving. I think the driver he is today to where he was when he arrived, he has improved massively, so there is a lot to come from him.

"I think he has performed quite well. He is a racer, like me, on Sundays, so he’s done a pretty good job considering the car we’ve had all the way to now.”

Stroll's high position in the standings compared to Perez is largely down to the fourth-place finish that he secured at the German Grand Prix.

Perez crashed out of the race early on, which the Mexican takes full responsibility for.

“I started the season well,” he said. “I’ve been driving pretty well, no mistakes, maximizing the potential of the car, all the way through the first part of the season.

"Germany, I have to take responsibility for that, that has an impact on my season until the summer break. But overall a lot of positives to take, and I expect to have a very strong second half of the season.”