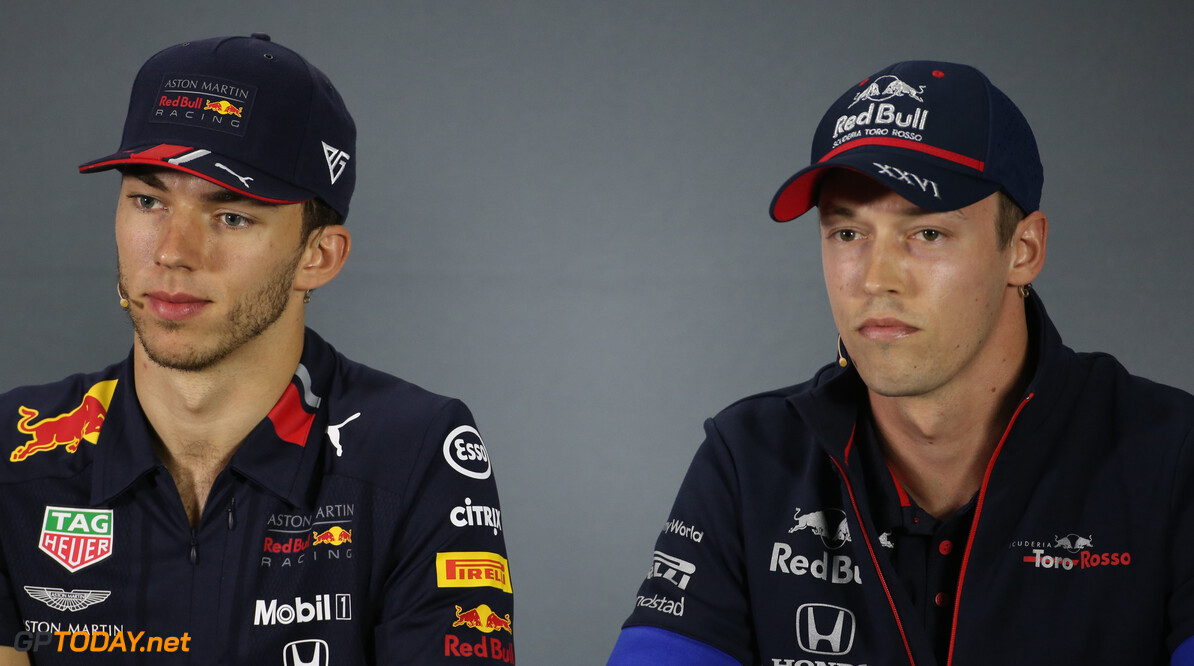 1997 Formula 1 world champion Jacques Villeneuve believes that Red Bull should not consider bringing Daniil Kvyat back to the team.

The future of Pierre Gasly at the team remains in doubt after the Frenchman has consistently struggled throughout the season, while Kvyat has performed strongly at Toro Rosso.

Last time out in Germany, Gasly retired after making contact with Alexander Albon, while Kvyat scored his first podium in over three years.

Villeneuve insists that Gasly is lucky to still be at Red Bull, but has advised the energy drink squad to look past Kvyat if it chooses to replace Gasly.

"He is lucky he is still there. Red Bull and Helmut Marko have been a lot more aggressive on their drivers before, and it just shows that they don't see anyone coming in the ranks, so they don't know who to replace him with," Villeneuve told Autosport.

"They already had him [Kvyat]. So why should they put him there? That's not the way it should go."

Toro Rosso team principal Franz Tost thinks that Kvyat is ready for a Red Bull return, but hopes that Gasly has more time at the team.

"There is such a long period now gone, and he is much more experienced now, he knows now what to do, how to handle everything. He is another step forward," Tost said.

"This is the reason I always say I need drivers for three years to educate the driver, and then he is ready to go to Red Bull. Red Bull is another level, Red Bull is a team fighting for victories, fighting for championships.

"And for this, you are tackled with another pressure, you are working on another level. You cannot compare this with Toro Rosso.

"Daniil has a very high natural speed and that he is a really skilled driver we knew. We knew from Formula Renault or GP3 and also from our first year in Formula 1."