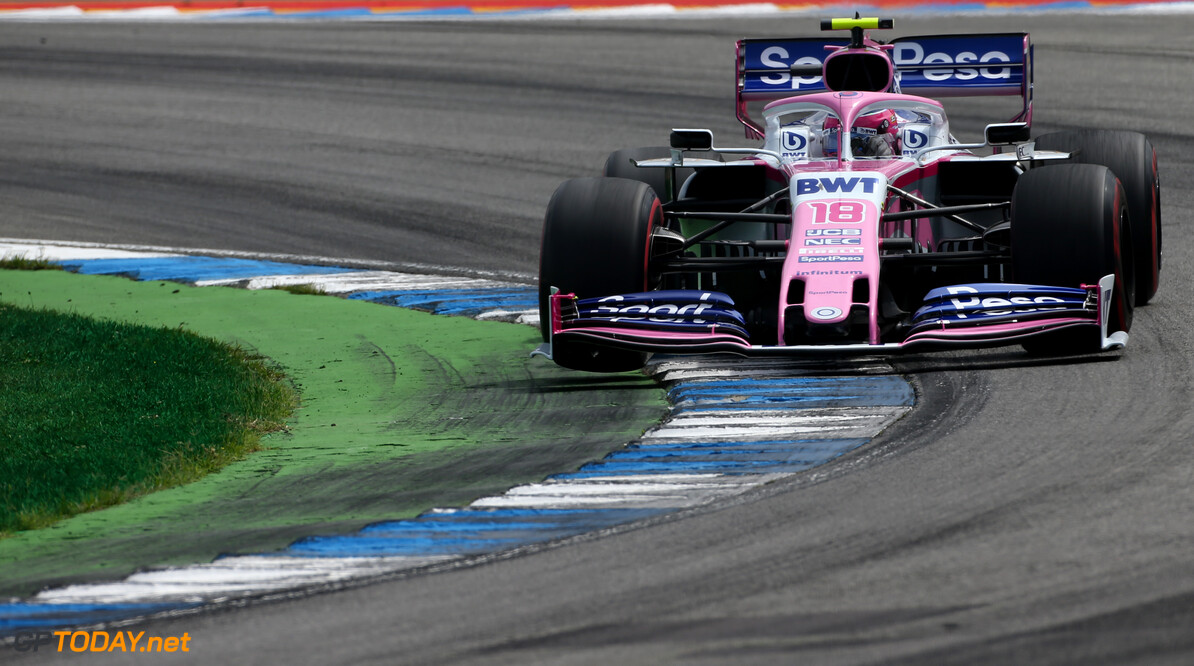 Stroll made call for late switch to slicks

Racing Point driver Lance Stroll has revealed that it he made the decision to make the late call to switch tyres, which ultimately let him finish in fourth position during this afternoon's German Grand Prix.

Stroll told his team he believed that the circuit was dry enough to chance going to the dry soft tyres for his final stint, a move that put the Canadian driver into the lead for a brief handful of laps as everybody else followed suit.

"I actually said it [to change tyres] at that stage," Stroll said after the race. "Well we were last and it was a team decision but I said I thought it was good enough for slicks and it was.

Despite missing out on a podium, Stroll was very happy being able to finish in fourth and told that it was a brief mistake on his own behalf that gave Toro Rosso's Daniil Kvyat the chance to take the place from him.

"We were in the hunt for a podium today and unfortunately it slipped away from us today." Stroll added. "I made an error in turn eight on my second or third lap on slicks and that allowed Kvyat to overtake me.

"If only that didn't happen we could've had the podium today, but still it was a great result to take P4."