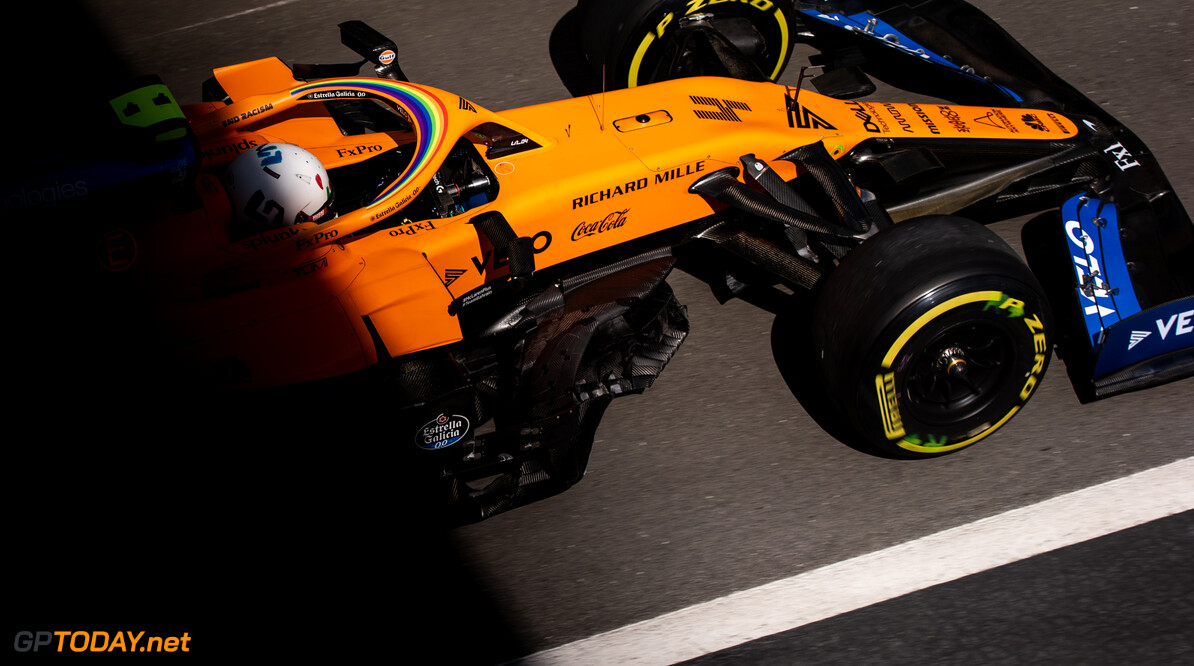 McLaren's Lando Norris has put his poor performance during Sunday's Spanish Grand Prix down to his cautiousness at turn one, which saw him drop two positions at the start of the race.

Norris managed to finish in tenth and score a single point for his efforts, but was still disappointed with the outcome of the race. Teammate Carlos Sainz finished the race in seventh.

Norris explained how he initially had a good getaway from ninth off the grid as the race got underway, but then decided to approach turn one carefully, dropping down to eleventh.

The Briton noted how the car had the pace to do better but was unable to overtake due to being stuck behind other cars and the difficulty of overtaking at the Circuit de Catalunya.

At last year's race, Norris had a coming together with Racing Point's Lance Stroll at the first corner towards the end of the race, an incident which saw both drivers into the gravel.

"Yeah, I lost those two positions at the very beginning," Norris said.

"Not off the line, my launch was really good. It was just into turn one. I didn't attack it enough, I didn't risk it enough but sometimes it's like that and sometimes you lose positions

"I'd rather get around turn one then crash. That was the only decision I made. Maybe we need to change it next time because it's so difficult to overtake here as we know and was proved again this weekend.

"I think we had good pace, which is a shame because we couldn't use it at all. I felt much quicker than the guys ahead of me but it's just the train and I couldn't do anything about it.

"A little bit annoyed, but we will do better next time."