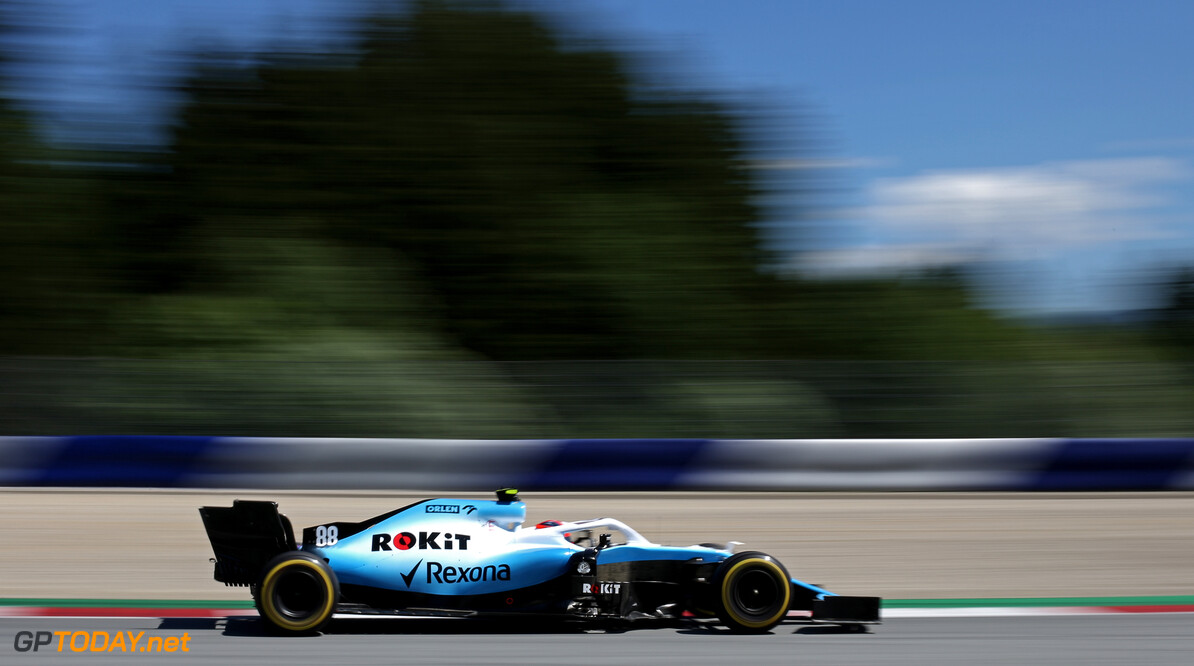 Kubica: Risks for last place are different to other positions

Williams driver Robert Kubica believes that the risks taken for battling for last place are different than those for other positions further up the grid.

The Polish driver has finished behind rookie teammate George Russell in all of the races this season, except for the recent French Grand Prix.

The two teammates were engaged in an early battle for the position during the French Grand Prix, prompting Russell to go wide and off the circuit as the pair rounded the Signes corner.

"When you are driving the car you try to do your best, and the risks you are taking for fighting for last place are a bit different, especially when you are racing with your teammate," Kubica said. "It's not something I would particularly say I am excited about.

"As I say, it is better than having a lonely race, but it doesn't change my life a lot. At least I try to enjoy the driving, but when you see the classifications, you don't enjoy anymore, or you enjoy less."

'Some positives' to be taken from quick pit stops

Despite being the slowest team on the circuit at the moment, Kubica believes that there are still some positives to be taken from the Williams team's pit stops this season.

The pit crew has won the DHL fastest pitstop award for the last four races in a row, and at the recent French Grand Prix became the only team this season to set a pit stop time below two seconds.

"I think the guys are doing a good job and they have always been strong. It's not that it is easy for them and we do have our problems as well," Kubica commented. "I think for the guys it's they have their own race there. I assume that if I was a pit crew member it would be satisfying for me.

"For sure its some positive, and something positive we can publish. But when we finish three minutes behind, you know racing is about finishing the race in the fastest time.

"I think the pit stop is one of the many processes where you have to be good, but as I said, at least we have something positive and something good but we have to work on the other stuff."