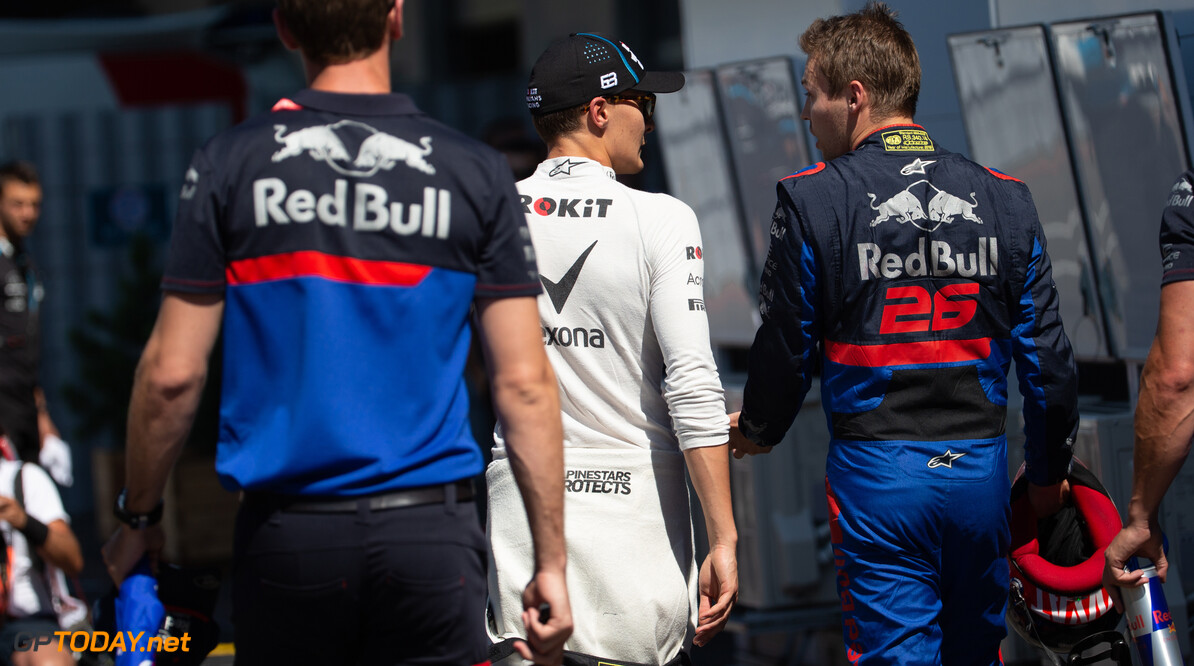 Kvyat: We should be grateful 'nothing worse' than impeding happened

Daniil Kvyat says that everyone should be pleased that nothing more than a ruined lap was the outcome of his close call with George Russell.

At the end of Q1, Kvyat was setting his final hot lap which likely would have seen him through to the second stage of qualifying.

However, as he rounded the penultimate corner he was forced to take avoiding action as the Williams of Russell was sitting on the racing line.

MORE: Tost: Kvyat 'has the speed' for Red Bull return

Russell received a three-place grid penalty for the incident, but Kvyat says the situation could have been a lot worse, stating over the radio that he "could have killed someone".

"These things happen," the Russian said. "I got blocked and my qualifying was ruined. We'll try to do a good job tomorrow but it's a shame because the car felt quite good for the first time during the weekend.

"It was the best car I had. I was enjoying that lap. It was certainly a surprise to see the car there on the line but I think we have to be grateful that nothing worse happened.

"I think if I would have committed to the corner it would have been hard to avoid but luckily I just saw something white. It wasn't pleasant from inside the car, that's for sure."

Despite receiving a three-place grid penalty, Russell starts higher than where he qualified as Alexander Albon and Carlos Sainz start behind with heftier penalties.

"It's not going to be an easy race but I'm sure that we can go well. I'll do my best, everything can happen. It's a long race tomorrow so we'll see."