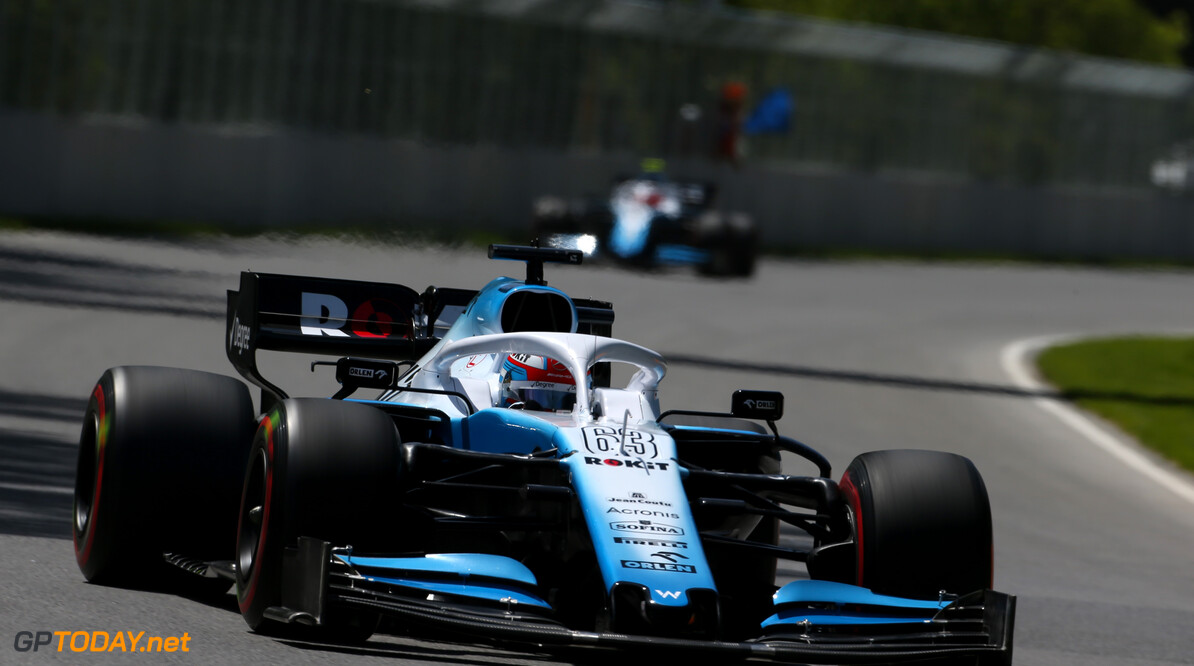 Russell was 'battling myself' during Canada GP

George Russell enjoyed his maiden weekend at the Circuit Gilles Villeneuve despite the fact he was battling no one on the circuit.

The Williams driver ended the race in 16th, ahead of Kevin Magnussen and teammate Robert Kubica, but spent most of the Grand Prix out on his own.

Williams is still pushing to make gains on the midfield, with Russell previously confirming that Williams anticipated that Montreal would be one of its toughest weekends of the year.

"Even though I wasn't really fighting up there, I enjoyed it," Russel said. "I was battling with myself really, just trying to push as much as I could lap by lap.

"We maximised the set-up, we made good improvements in terms of the driveability of the car. We just need to put some downforce now."

Rookie driver proposal for 2020 'not a good idea'

There is currently a proposal in the sporting regulations that would require every team to run a rookie driver twice in FP1 during the course of the season.

Russell says that it is a good idea on paper to give rookies more F1 experience in an era of limited testing, but believes it could have a damaging effect on their confidence.

"It's a great idea to try and give experience to young drivers, but personally I don't think it's a good idea because going into an FP1 session for 20 laps, these rookie drivers are going to try and prove what they have.

"You just can't do that without experience, so if anything it's just going to damage the driver's confidence more than doing good."

Russell added that after a couple of fly-away events, he is "looking forward" to returning Europe and get racing on circuits that he is more familiar with.