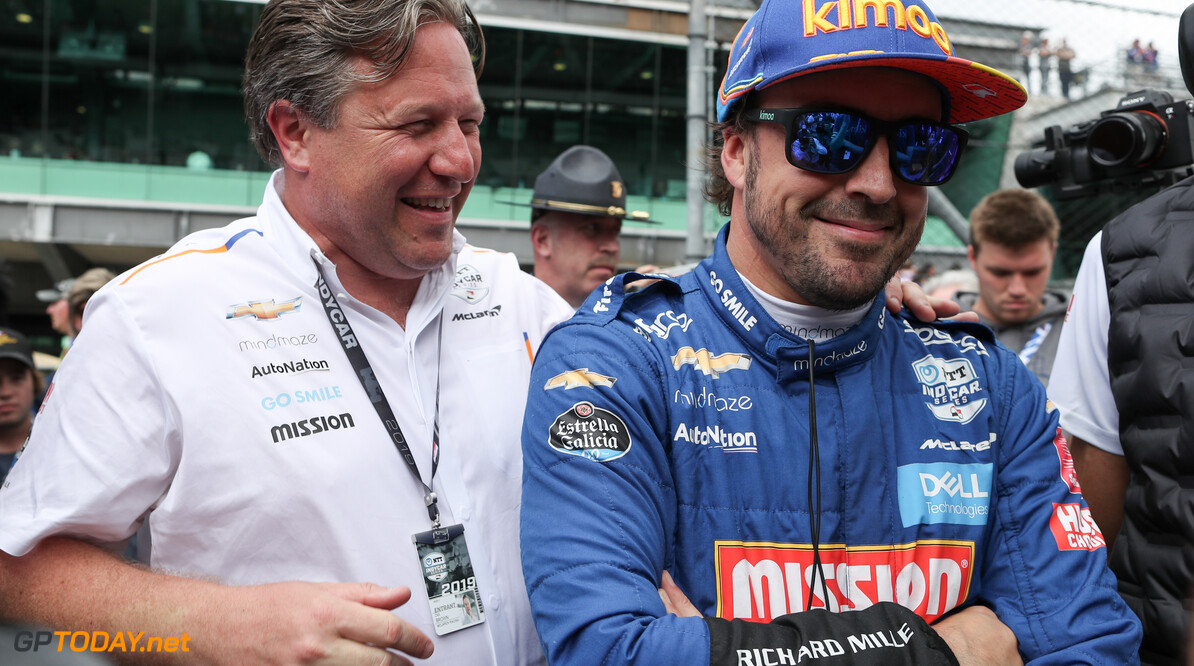 McLaren CEO Zak Brown claims the relationship between the Woking squad and Fernando Alonso has never been stronger, despite the failure to qualify for the Indianapolis 500.

Alonso failed to make the final field of 33 after being bumped out of the field last Sunday.

A number of errors that snowballed saw the project fail and halt Alonso's quest of winning the Triple Crown in 2019.

McLaren has not yet decided on whether it will return to the Brickyard next year to have another go, but Brown insists that the team maintains a strong partnership with Alonso.

"Our relationship with Fernando has never been stronger," Brown said. "He was obviously very disappointed.

"We let him down, he deserved to be in the race, he was an absolute star as he always has been when he’s raced with us, and my personal relationship in working with him."

Alonso will race in Le Mans again later this year, a race he won last year with Toyota alongside Sebastien Buemi and Kazuki Nakajima.

Brown says that whatever Alonso decides to do after Le Mans is up to him: “What he does post-Le Mans is up to Fernando. We have a contract with him for some McLaren activities," Brown confirmed.

"I think when you come off an emotional weekend like that you want to take some time to reflect and see what he wants to do in the future and if that aligns with some of McLaren’s activities then that would be great.

“I think he’s a bit undecided on what he wants to do yet so we will pick up those conversations when I see him in Le Mans.”

MORE: Column: Why McLaren and Alonso should stick together after Indy adversity

Brown vows that McLaren will learn from its mistakes at Indy, and promises that it will come back from the failure more motivated and stronger than before.

“It’s embarrassing. It’s not to the McLaren standard. It’s not acceptable. But it happened and we’re going to learn from it and we’ll come back stronger, Brown added.