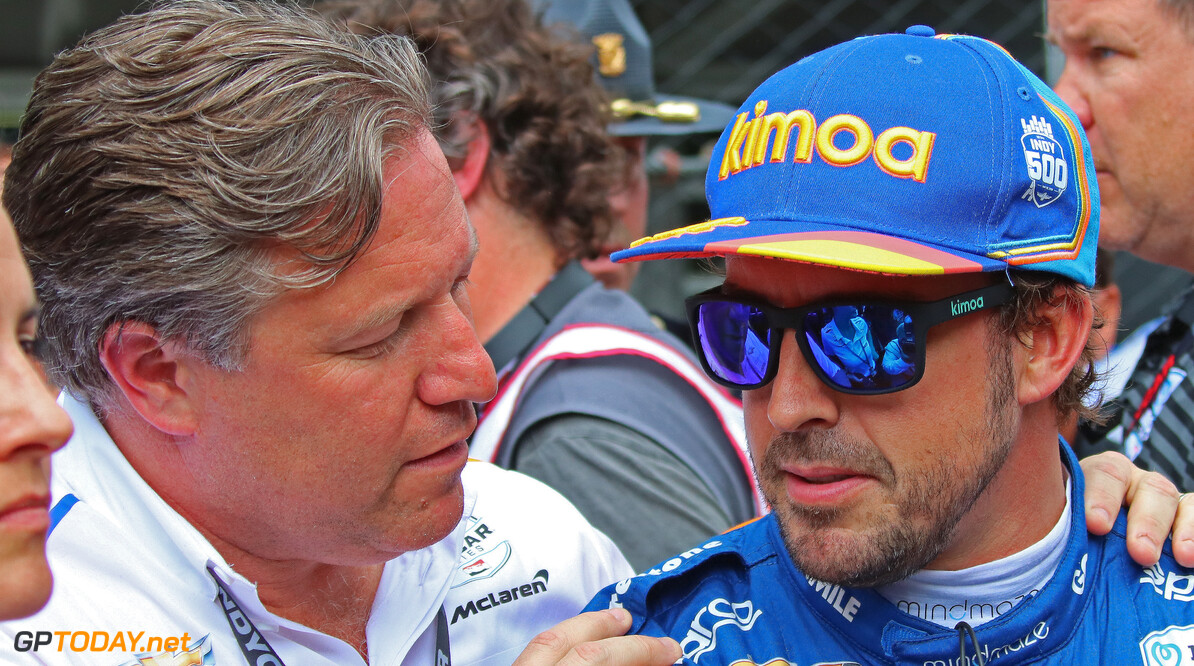 Column: Why McLaren and Alonso should stick together after Indy adversity

The Indianapolis 500 delivered the biggest shock of its 2019 event so far on Sunday, as the second day of qualifying saw Fernando Alonso bumped from the field and out of a starting position for next Sunday’s race.

The result is an embarrassing one for McLaren, who was attempting to make a big leap into a new series following a handful of disappointing seasons in Formula 1.

Alonso narrowly avoided the cut as he was bumped by Kyle Kaiser, who was the last of the bottom six to set a lap time after the weather cleared.

However, had Kaiser not delivered the goods for Juncos, Alonso would have started from 33rd, aka last. It’s still a deeply unsettling position for McLaren, but it reads a lot better than failing to qualify.

The extent of McLaren’s IndyCar problems was a surprise, as the company is one of the biggest in the racing industry. It had a strong team at its disposal, all working to build a competitive car for the 500-mile race.

Few expected it to produce a machine capable of challenging the Andretti’s, Penske’s and (as qualifying showed) Ed Carpenter’s cars.

But McLaren’s aim is to win and it could have done so on the off-chance if it produced a car capable of mixing it in the midfield and leaving the rest to strategy, and perhaps a stroke of luck.

Should the Woking squad have made the 33-car field on Sunday, it is doubtful that it would have been able to fight for the win.

But at the very least, it would have provided McLaren with experience. It would have offered it an insight into fighting with some of the main IndyCar contenders, as it weighs up its options for the coming years.

Instead they’re going home empty-handed, as Gil de Ferran confirmed after qualifying that McLaren wouldn’t seek to buy Alonso a seat in the 500 at the expense of another driver in the field.

Despite its embarrassment, McLaren must continue to push its resources further into IndyCar and soon commit to a full or part-time programme for the 2020 season. Doing so will allow it to accommodate itself in the field and build a foundation for success – rather than relying on a single race.

The Indianapolis 500 is without an inkling of doubt the crown jewel on the IndyCar calendar – it’s the one race each driver wants to win the most. But delivering what is needed takes more than what meets the eye, and McLaren’s recent woes go to show how much a spec series isn’t as basic as some believe them to be.

If it is to take on a more hands-on approach in the IndyCar Series going forward, it’s important that McLaren convince Alonso to stay with it and be a part of its racing programme.

Alonso has already embedded himself in the McLaren team and although his term with it has brought disappointment, it has also allowed him to explore new opportunities such as his first outing in the 500 and the team giving him the freedom to compete in the WEC.

Sadly, Alonso is no stranger to disappointment, having gone through some difficult hardships in his career. Few come as embarrassing as missing out on the 500, but if he’s serious about his ambitions to prove himself as the greatest in the world, then the rising IndyCar Series is a prestigious and useful tool in achieving that.

A success story in the American category with McLaren would release a lot of emotions from Alonso after the difficult years he has had. It would almost make it come full circle.

For McLaren, having a driver of Alonso’s calibre brings both benefits on the track and for its marketing value.

McLaren can’t afford to run away with its tail between its legs now – it needs to come out and deliver the message to the American stage: ‘We are here to stay, and we are here to win’.