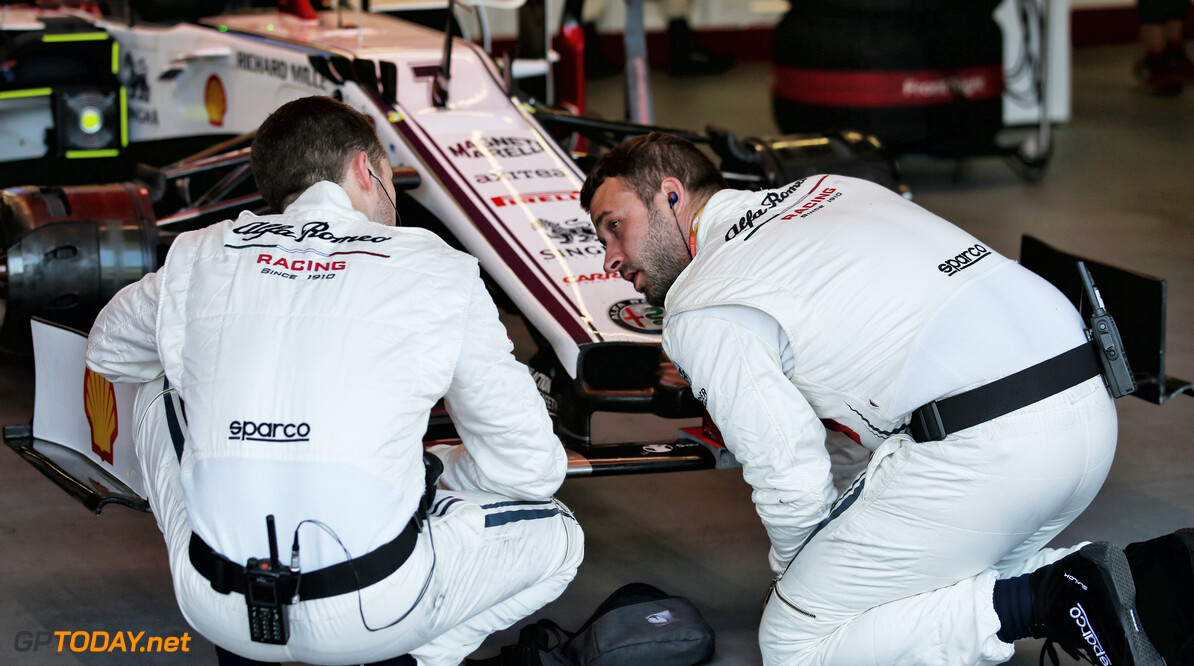 Kimi Raikkonen admits Alfa Romeo was aware of the issue regarding its front wing two weeks ago in China.

The Finn was disqualified from the qualifying classifications in Baku after the FIA found that the wing breached Article 3.9.8 of the technical regulations, which states that that trailing edge of any front wing flap "may deflect no more than 5mm, when measured along the loading axis, when a 60N point load is applied normal to the flap.”

Raikkonen was forced the start the race from the pit lane but managed to recover to secure a point for himself and Alfa Romeo.

“I don’t know what happened. I got a message this morning,” said Raikkonen after the race in Baku.

“Last race I had an issue at the end of the race with a broken stay on the front wing and we lost the downforce. Probably it is a similar thing that has caused it, unfortunately.

“We knew the issue after the last race but we didn’t have time to produce a new one so this is what you get.

"It surely doesn’t make us faster but this is what it is. Hopefully, then it’s fair for everybody."

Raikkonen now sits eighth in the drivers' standings, joined on 13 points with Sergio Perez and Pierre Gasly. Alfa Romeo loses out in the constructors' table, slipping to sixth behind McLaren and Racing Point.