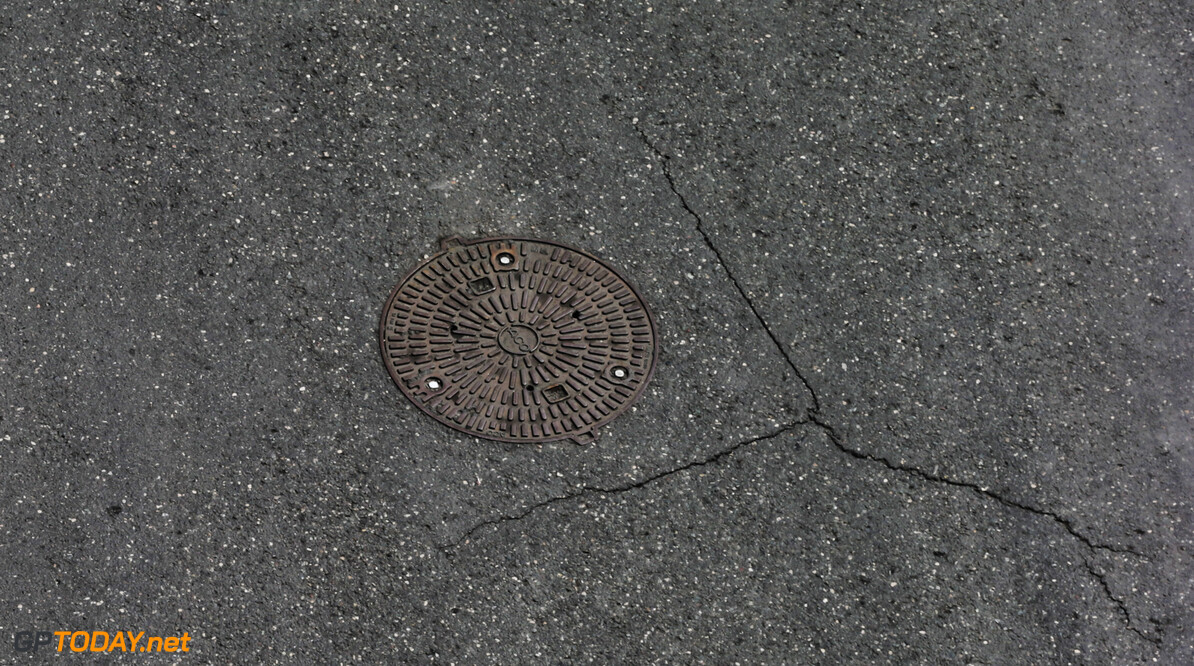 The FIA has confirmed that a broken mounting was the cause behind the drain cover failure that saw the premature end of free practice one on Friday.

George Russell ran over the cover early on in the session, which destroyed the underside of his car and scattered debris all over the track.

The FIA was forced to carry out a full track inspection on every other drain cover to ensure that there was no added risk for the drivers and cars.

No other issues were found during the inspection, which delayed the start of Formula 2 qualifying by over 40 minutes.

A second investigation will be undertaken following the on-track action in Baku, to further verify that the drain covers pose no risk for the remainder of the weekend.

Williams' deputy team principal Claire Williams stated that the situation was 'not acceptable', as it has cost the team hundreds of thousands of pounds in damages.

Williams confirmed that it will be looking for compensation for the incident. Two years ago in Malaysia, Haas received payment after a loose drain cover sent Romain Grosjean into the barriers.

"Clearly, we’re going to have to be talking to them about that,” Williams said. “We’re an independent team, and we have a very strict budget to control. Things like this, you can’t anticipate.

"Nobody can, I understand that, but there clearly should be some recompense. I know there is a precedent. Haas I believe were compensated after it happened to them in Sepang a few years ago, so clearly we’re going to be talking to them.

“But we can’t put a number on it at the moment.”