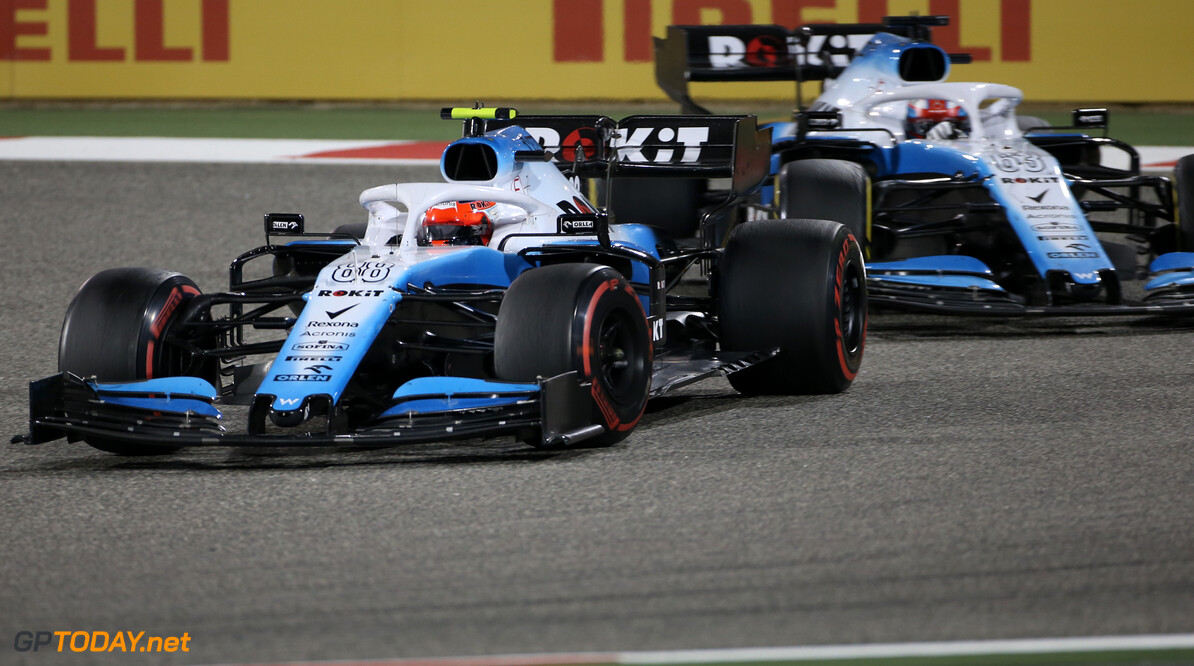 Despite finishing once again at the bottom of the field, the Williams duo of Robert Kubica and George Russell enjoyed some head to head battles with each other during Sunday's Bahrain Grand Prix.

A good start for both drivers and problems for some other teams saw them rise as high as twelfth and thirteenth before Russell pitted for medium tyres on lap 11.

Kubica also followed suit and pitted for softs on the following lap. Even though they did not have the pace to challenge any other of the midfield teams, the pair enjoyed their duel together, with Russell eventually finishing ahead of Kubica in fifteenth and sixteenth after their second pitstops.

“We know where we are at the moment, but it was a fun race for me.” Russell commented after the race. “I had some nice little battles with Robert so I’m thankful to the team for letting us race as it was enjoyable.

"It was quite a good race from a personal perspective but obviously not too enjoyable finishing in P15. We know where we are fighting for, but we brought the car home and learned some more things.”

Kubica added that it was a tough race amid balance issues, but admitted he had fun with the car when he was on fresh tyres.

“It was a very tough race, but we expected that. The car balance issues that I am having put me in a difficult position today. Additionally, the wind didn’t help so it made it more complicated, but I had a few enjoyable laps when the tyres were fresh.

"However, I knew what was coming so I had to take care of the rubber and ensure that I kept the FW42 on track rather than concentrating on performance.”