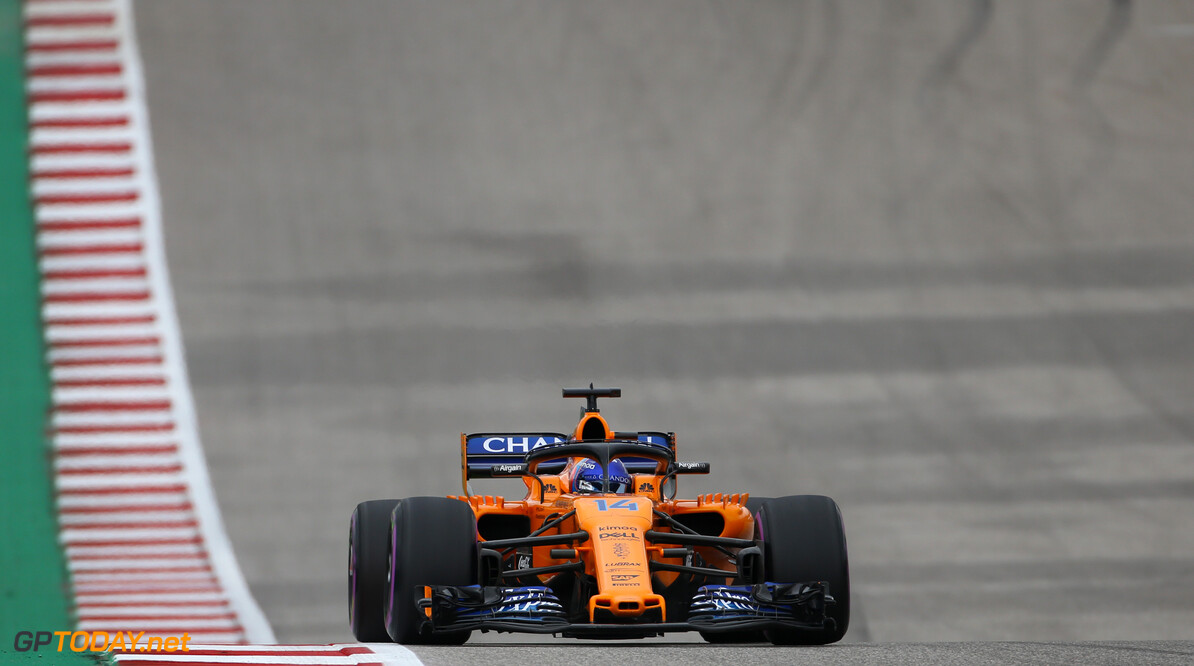 Alonso unhappy with "amateurs" in F1

Fernando Alonso has expressed his disappointment with some of his fellow Formula 1 drivers, labelling them as "amateurs". The Spaniard retired from the race on the opening lap after being hit by Lance Stroll as the cars scrapped for position through the first sector.

Alonso will walk away from F1 at the end of the year, with 2018 proving to be a tough campaign for him and McLaren. In Austin, the double-world champion exited qualifying after Q1 on Saturday despite claiming that he set a strong lap.

But his race didn't last long as his car suffered major damage when he was hit by the Williams: "No, I'm not upset, just disappointed because I am nine days here in the US to do a race and I do 600 meters of the race and they push you off,'' Alonso said. "So that is the way it is, a little bit unlucky. But it is more a problem for the FIA if they keep allowing this type of driving.

"I say because I drive in other series with amateur drivers in and things like that and there never is a problem. So, there are more amateurs here than in other series. The level is lower. I race in other series, in WEC, and they are very aggressive as well and we have three different categories there, some amateur drivers, and no one crashes into each other. It is another mentality.''

Since the return after the summer break, Alonso has scored a top ten finish on just one occasion. He will be hoping to bow out of the season on a high, stating that he is celebrating every remaining race as they come.

"No, not frustrating,'' Alonso stated in Austin. "If I was fighting for the world championship, then yes. These last races are just a celebration for me, and I'm trying to help the team to score points and we didn't achieve that today.''