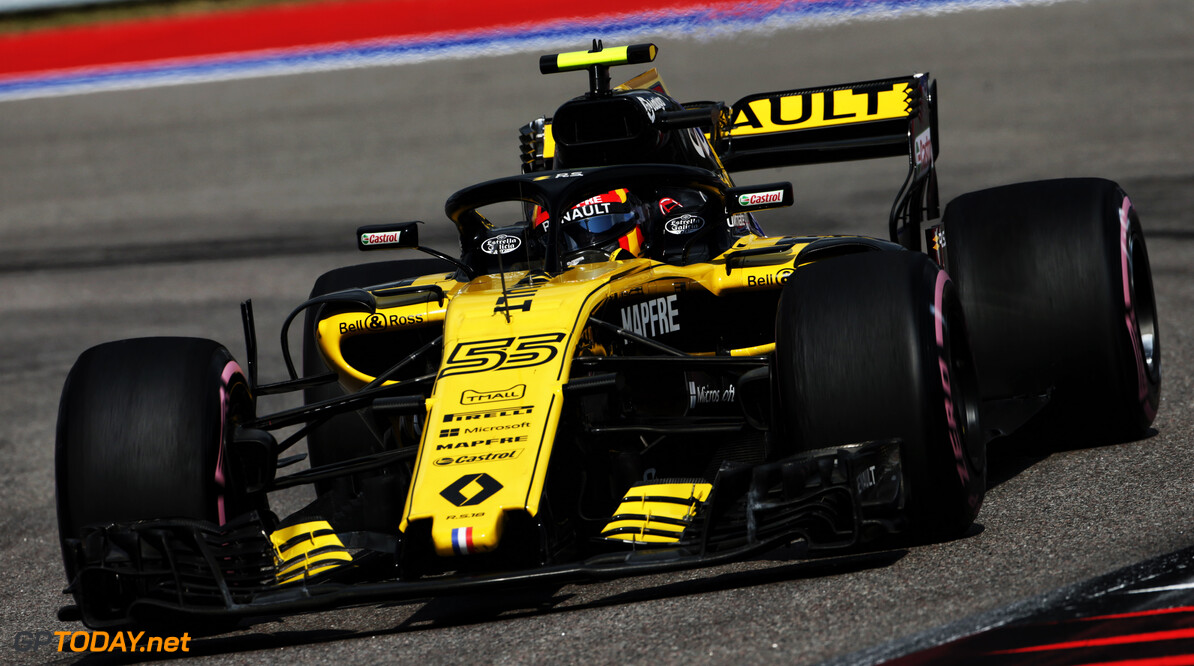 Carlos Sainz says that an opening lap collision with Williams' Sergey Sirotkin left him struggling throughout the race and playing a support role for teammate Nico Hulkenberg.

Sainz was involved in a collision with Sirotkin at Turn 2, getting hit from the right side of his car by the Russian. He consequently sustained damaged o his sidepod and floor, which stripped away performance and downforce for the remainder of the race.

Speaking afterwards about his disappointing Grand Prix, Sainz said: "Very tough, very hard to accept after I started better with the softs than everybody with the hypersofts.  overtook a couple of them under braking. Then Sirotkin went guns blazing.

"I didn't feel the impact but apparently he touched me and broke all the right sidepod and all the right floor, which was all cracked, and right after Turn 3 I started to feel that the car was not going well and that it would be a long race.

"I was losing I don't know how many points of downforce. The car was oversteering a lot," he continued. "From there it was just a race about trying to stay out, slow down the Haas and the Saubers for Nico [Hulkenberg] to open the gap to them, but even so, the car was so bad that it was very hard.

"I knew perfectly that scoring was impossible with this car," he said. "It was a 1-1.5 seconds slower than I've been all weekend. It was more about trying to help the team. I'm sure we could have scored with a normal car. In fact, I think Nico was very close and if you keep in mind I was ahead of Nico after the start I think I maybe I could have held the Haas and Force Indias behind."

Renault didn't manage to walk away from Russia with points, allowing Haas to creep closer to fourth place and narrow the gap to 11 points after Kevin Magnussen came home in eighth place for the American squad.