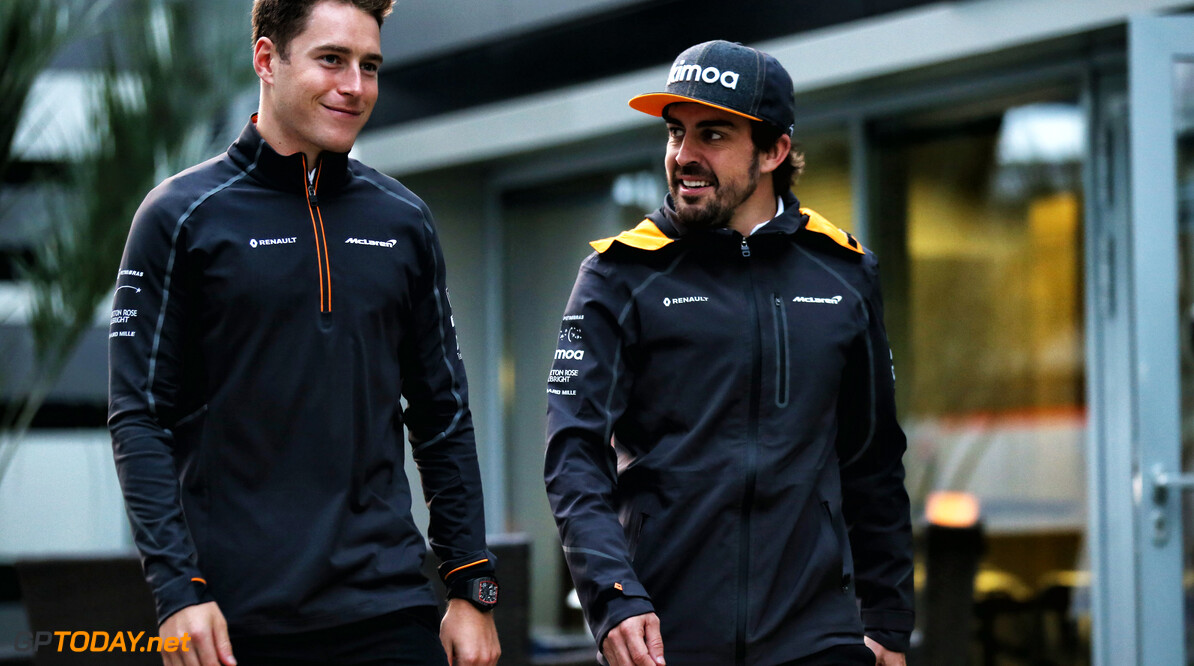 Alonso was given the task of helping Vandoorne

Fernando Alonso says that his main job during qualifying was to help Stoffel Vandoorne get as far up the grid as possible for Sunday's Russian Grand Prix.

Alonso sacrificed his session as he will take an engine penalty for the race and start no lower than sixteenth on the grid. The Spaniard set a lap time to get himself within the 107% qualifying time that would ensure he would be able to start the race.

He then turned his attention to giving teammate Stoffel Vandoorne a tow down the long start/finish straight in order to boost the Belgian's chances of progressing out of Q1. However, Vandoorne failed to do so and even ended the session slower than Alonso.

“I had two missions,” Alonso explained. “One to set a lap inside 107% and the second mission was to help Stoffel with the tow in the straight. I think we did both and obviously a lot of the focus has been on the race pace this weekend. Hopefully tomorrow we see some nice results on the chequered flag.”

Vandoorne is yet to out-qualify Alonso this season, and last got the better of his teammate 12 months ago at Malaysia. The 26-year-old will be leaving McLaren at the end of the year after a season of disappointing results, which looks set to continue in Sochi.

“It was always going to be hard for us this weekend,” said Vandoorne. “I think this morning we saw that the pace of the car was not very good at all. Going into the qualifying session the target was to try and be ahead of the Williams'. We managed to beat one today [but] I don’t know exactly what happens with all the penalties.”