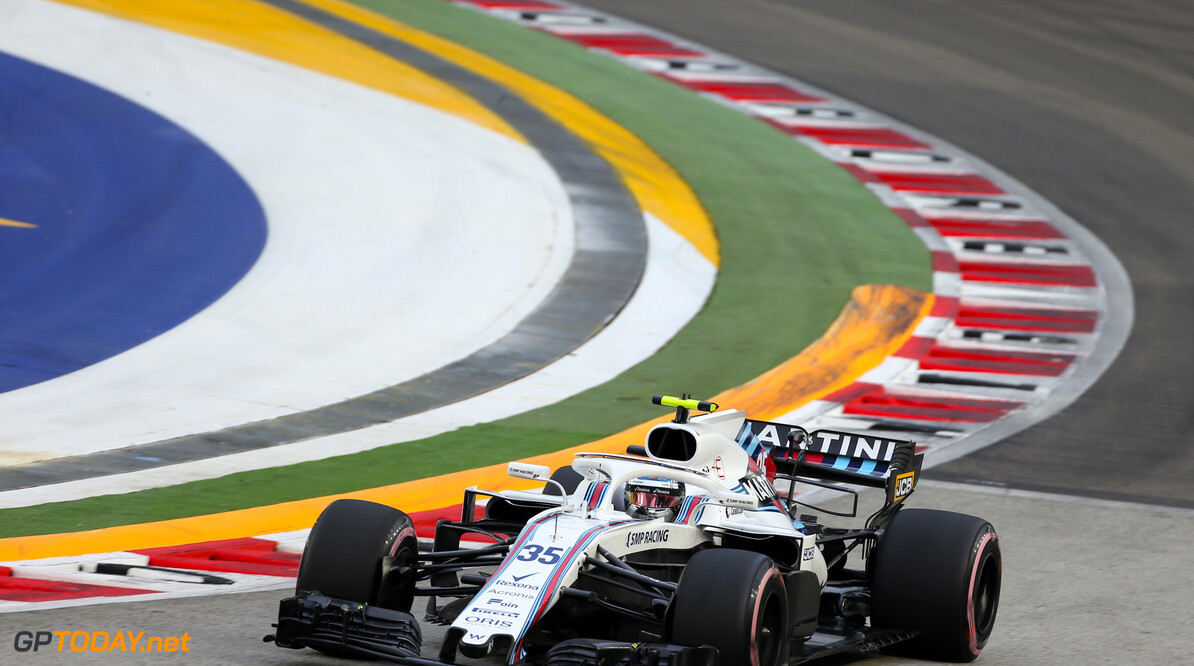 Stroll admits race likely to be a misery

Lance Stroll believes that the Singapore Grand Prix will be "a misery" following a disappointing qualifying result. The Canadian driver qualified in P20, behind his teammate Sergey Sirotkin. However, Sirotkin was 1.4 seconds away from Stoffel Vandoorne, who was just one position ahead.

Williams has struggled throughout the 2018 season, but managed to collect a double points finish last time out in Italy - its first since the Malaysian Grand Prix last year. Stroll says that the car simply needs more grip in order to be faster but believes the team is in for a tough run on Sunday.

"We need more grip to be faster, as this just didn't suit our car. Looking at the time sheets today, tomorrow is likely to be a misery, but perhaps some rain could help. We have to figure out why we are off the pace, which we are severely lacking," he said.

"Looking where we were, we tried something different with the car for the last run and my first few corners were even slower than the first run. I tried to brake deep into turn seven to see what happens, but I didn't stand a chance, and just missed the corner. Tomorrow is going to be tough, but anything can happen."

Chief technical officer Paddy Lowe added: "It was a disappointing result as we do not have the pace this weekend. The cars are inconsistent and very unstable for the drivers, which doesn’t allow them to push consistently to the limit. We had a difficult time trying to get the best out of the hypersoft tyre, it is a tricky tyre to get in the right window, but our problems are much deeper than that.

"Nevertheless, it is a very long race tomorrow afternoon, our race pace in practice was more respectable than the one-lap pace we have seen today. In a long and high attrition race tomorrow, we will push to the maximum and see what we can do."