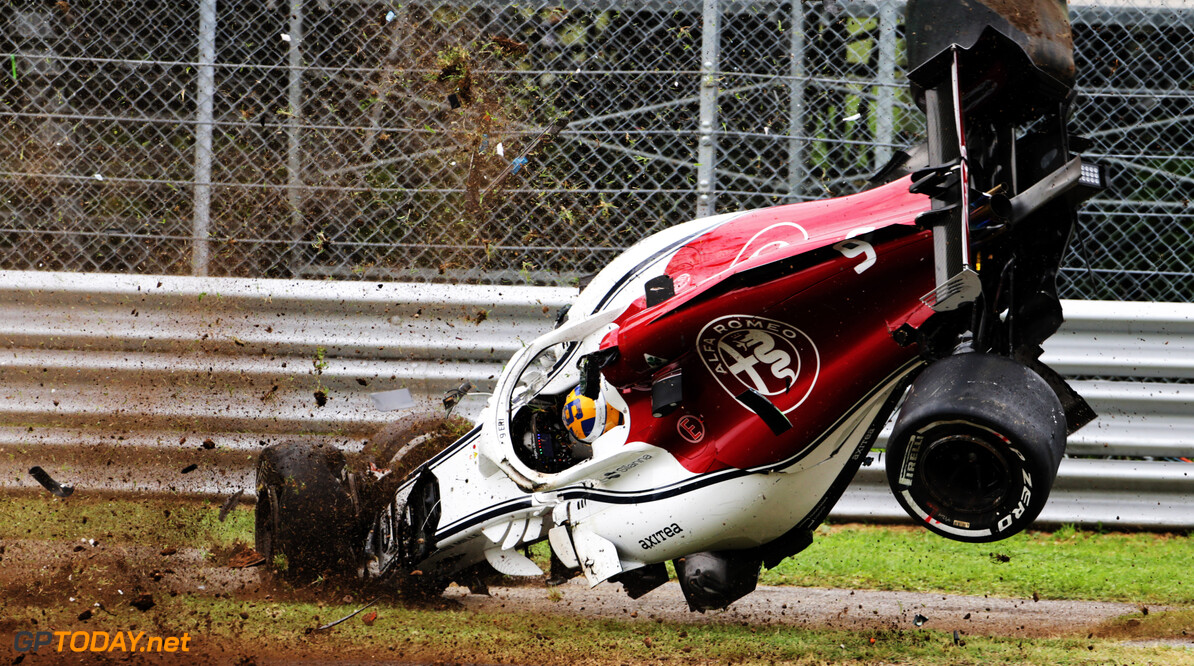 Sauber will make changes to the Drag Reduction System on their cars following Marcus Ericsson's failure during free practice two on Friday. As Ericsson braked for Turn 1, the DRS failed to close causing him to hit the barrier and roll his car.

Ericsson was unharmed in the incident and will continue to compete throughout the rest of the weekend. Following the Swede's crash, Sauber was forced to inspect Charles Leclerc's car. He too had a similar issue, which he explained on Friday evening.

“It was quite tricky obviously because we would arrive at the end of the straight and we didn’t really know if it would close or not,” said Leclerc. “I had the same issue but I was a bit luckier with it, it closed a bit earlier than Marcus.”

The team was able to put in a quick fix, but it came at the cost of performance. It will also make more changes to the rear wing before the final free practice session gets underway on Saturday morning.

"We found the issue, we resolved it but that required a bit of sacrifice in performance,” said Leclerc. “We know what to do for tomorrow to not have this problem and for there to be full performance. So there’s still a bit of potential. I think the rhythm was good today, it’s looking good for tomorrow. I think the main thing today is Marcus is fine and looking at the crash it was not a given.”

"You just [have to] focus on the job and forget what happened before,” he said. “I have full trust in my guys and that they were doing the job and if they tell me that it will be fine next run it means that it will be. I think that they did and at the end we found the issue and we finished the day on a high.”