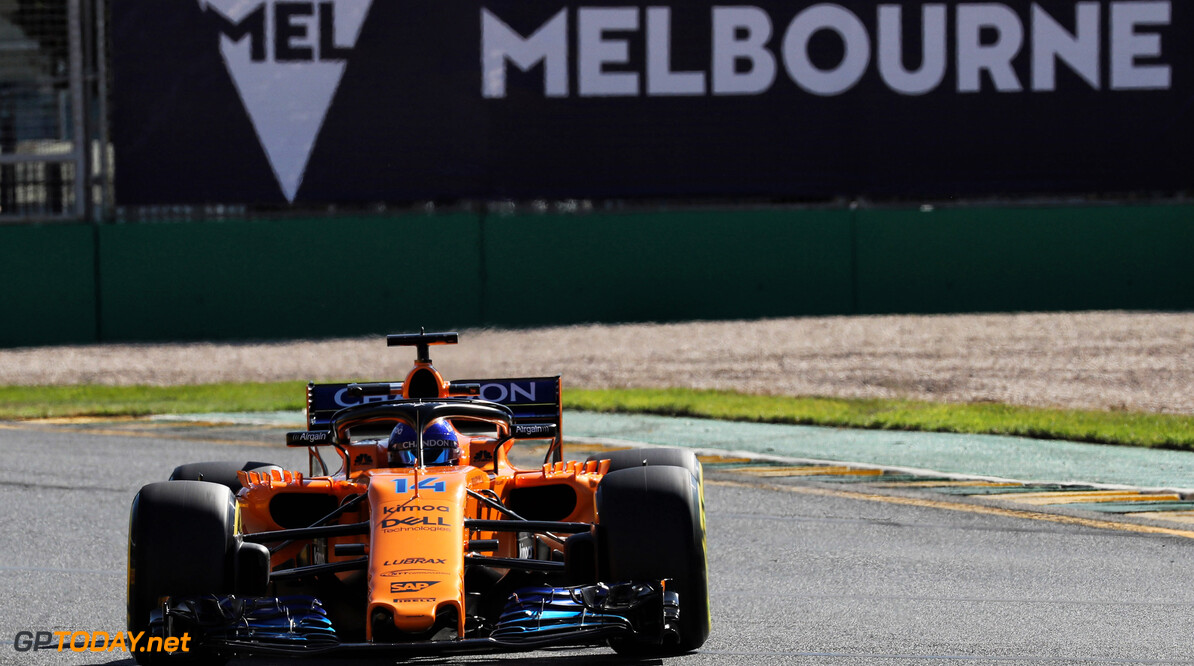 Fernando Alonso was happy with McLaren's pace in qualifying for the Australian Grand Prix, despite missing out on a Q3 spot. The double world champion is set tomorrow's race from eleventh on the grid (barring penalties), just ahead of teammate Stoffel Vandoorne.

McLaren compete this year with Renault engines, after dropping Honda at the end of last season. After a troublesome pre-season test, there were question marks over the reliability of the McLaren, and with many wondering where their pace lay.

With the papaya liveried team looking immensely close to Haas and Renault in the pecking order, Alonso was heard saying on the team radio following Q2 that the result was "good". Speaking after the session, the Spaniard stated that he was happy with the pace of the car.

"I'm very happy with how qualifying started," he said. "You are always curious to know where you stand and I think we have been pretty fast, especially in FP3 in wet conditions we were very close to the top all the time.

"Then in Q1 and Q2 we were always between seventh and 12th and as a starting point that's great because we'll have a lot of updates from now and the integration we need to do. We are the only ones who have to do that - so we have 'free' upgrades that are going to make us a lot more competitive and so it was a relief to reach qualifying and see that it's going to be a good year."

As Alonso exited qualifying after Q2, he will have a choice over what tyres he starts tomorrow's race on. However, he says that this weekend there are no major differences between starting on the hardest or softest available compound.

"With the tyres we know that you always use the softs to start because they are better to start, you have better performance on the opening lap and there'll be little degradation as all three tyres are very similar so there's not a lot to play with there.  We'll start 10th, I guess, because Bottas will be last, so I think it's a good starting point."