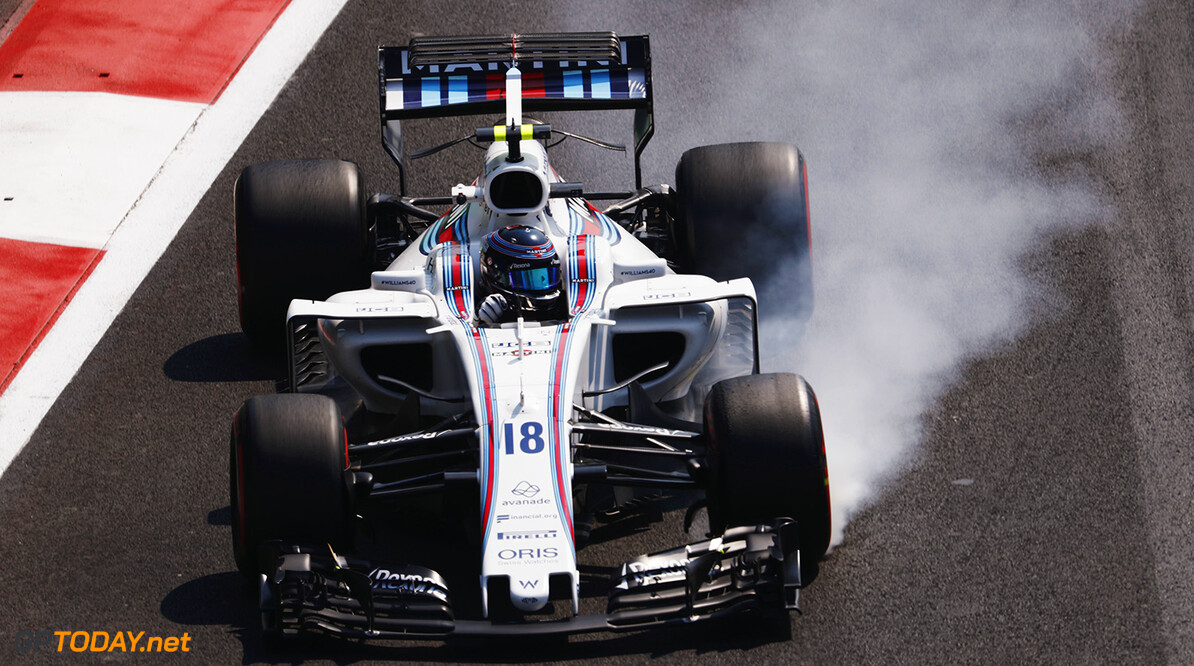 Lance Stroll not listening to 'the jealousy and the haters'

Lance Stroll says he would give himself "8.5 out of 10" for his rookie season in F1. Actually, the 19-year-old rookie has been roundly criticised this year, including by 1997 world champion Jacques Villeneuve who doesn't think Stroll has improved.

"Looking at the season, I have to say there have been very challenging times. Especially at the beginning," said Stroll, whose billionaire father Lawrence brings substantial backing to Williams. "There were also some great times," Stroll insisted. "I was on the podium. I was on the front row."

Germany's Auto Motor und Sport asked Stroll to give himself a mark for his season out of 10. "There is always room for improvement," he answered. "So it's not 10. I would say a strong 8.5. We had a really good season, scoring a lot of points," said Stroll. "A 9 would be too good though."

Asked if qualifying was a particular weakness for him in 2017, Stroll answered: "I can improve everywhere. Many little things. I was often unlucky in qualifying, but other times I can certainly improve myself as well. I can certainly become a more complete and better driver. But it takes time and experience. This was just my first season," he added.

Stroll - mentored by Felipe Massa this year - will get a new teammate for 2018, and Villeneuve has suggested the Canadian will hoping whoever it is will be "slower". "I don't focus on what is said or written about me," Stroll insists. "I do not read the newspapers or listen to the jealousy and the haters. It's been important to keep a cool head."

The criticism, though, has often been relentless, but Stroll insists he has never doubted himself. "No. I am young, it's my first season," he answered. "I won everything until formula one. I have proven to myself and the world that I can win races and championships. This is just a new job and a new series. I have to adapt and to grow." (GMM)