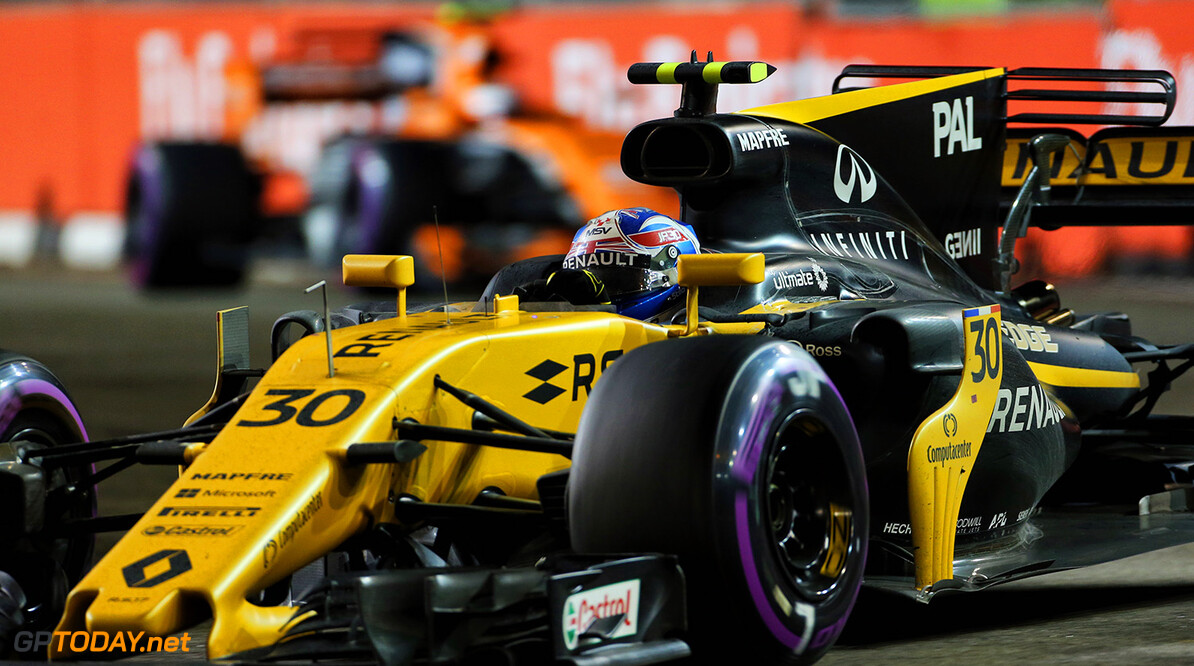 Jolyon Palmer's father has confirmed the 26-year-old is eyeing a switch to Williams for 2018. Renault driver Palmer admitted Singapore was a difficult weekend, as he tackled not only the news he is being dropped by the team but also rumours he might be replaced by Carlos Sainz as soon as Malaysia in two weeks.

But he then had a strong result in the race, insisting afterwards that he now has "six more races" to show another team that he should be signed for 2018. "I hope I can build on this confidence," he said. "Of course I want to stay in formula one, and there are other options. Whatever happens, happens."

Palmer's father, the UK racing circuit mogul Jonathan, is hawking his son's talents up and down the paddock at present. The best opportunity is Williams, who are also contemplating taking on Robert Kubica. The latest news is that Kubica will follow up his recent Williams simulator test with an actual track outing in Brazil.

But Palmer senior said in Singapore: "A few good races and Williams might take notice. "Williams will want to take their best option and he has the chance to show he is that over the next few races," added Jonathan Palmer, also a former F1 driver. (GMM)