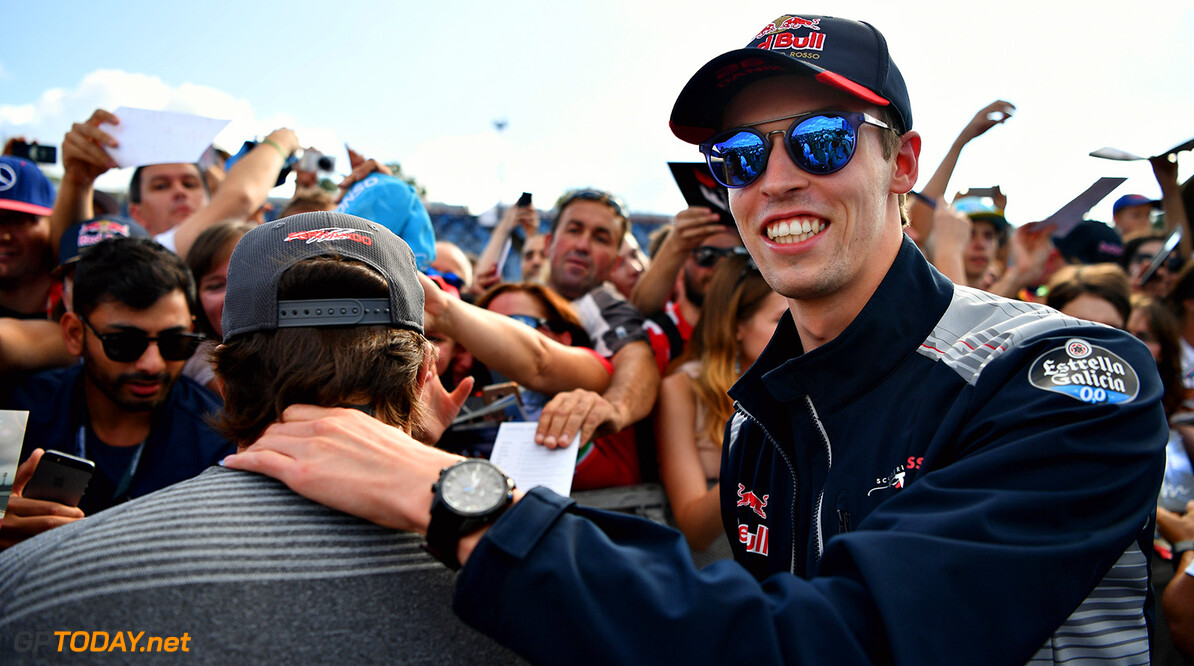 Kvyat: "Our battle at Monza was with Haas and Renault"

Toro Rosso driver Daniil Kvyat said that his main battle was with the Haas's and Renault's in Monza and that the Mercedes powered cars were simply out of reach on the power track. His Renault engine only permitted him to get as high 12th on the day, beating his teammate along the way.

It was always going to be a struggle to compete with the WIlliams' and Force India's ahead and was made even more difficult by the fact that the higher powered cars of the likes of Ocon and Stroll who he would usually be competing with for points qualified second and third, effectively putting them out of reach for the entirety of the race.

The Russian managed to pass Nico Hulkenberg during the race but got stuck behind the Haas of Kevin Magnussen for the majority of the race, hindering him from ultimately scoring any points, despite starting in the top 10, in a clear showing that the car simply did not have.

He said after the race: “A bit of a complicated race, our battle today was with Haas and Renault; nobody else was really in reach here, especially the Mercedes-powered teams. I managed to get past Hülkenberg, but after that I was stuck behind Magnussen for quite a long time… It’s really hard to follow other cars!

"I kept trying to get past him but he had clean air in front of him, so it was not possible… This is all we could do today and it’s now time to start thinking about Singapore, a track that suits us better. Once this said, it will still be a difficult fight to end up in the points!”