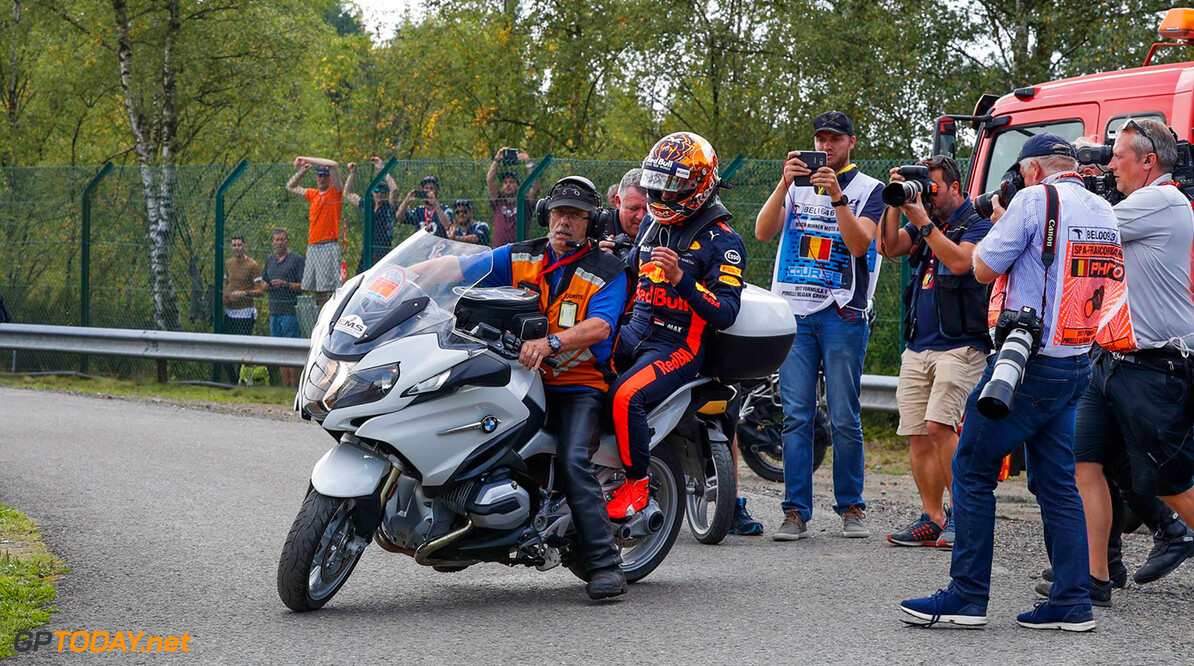 Mateschitz: "Verstappen has nowhere to go despite fury at Red Bull"

Despite Max Verstappen being angry and frustrated at Red Bull Racing in 2017, the team's owner, Dietrich Mateschitz, is adamant that the Austrian outfit will not lose its star driver anytime soon. This follows the Belgian Grand Prix which is the closest thing that Verstappen has to a home race on the F1 calendar, with his homeland of Holland bordering the country.

At Belgium, Verstappen had a strong qualifying performance to line up on the grid in fifth place, and was targeting a good result having suffered from a multitude of reliability issues in 2017 so far. His race ended prematurely however, and after only nine laps he retired, marking his sixth DNF in 12 races. At this outcome, Mateschitz was furious: "A 50 per cent failure rate is simply unacceptable," he told Speed Week.

Earlier this season, Red Bull's Dr Helmut Marko said that he would not release Vertsappen from his current contract that runs into 2018 and 2019, even if he was offered €100 million. To this, Vertsappen responded: "Dr Marko values me at 100 million, so who knows?" he told Ziggo Sport Totaal on Monday. "Maybe I will go to [football club] Paris Sainz-Germain," referring to Neymar's record-breaking transfer to the French side.

Beneath the jokes however, it appears that the 19 year old's patience has ended: "I notice that Max is very upset," said his father, Jos. "It's hard to keep your motivation when this happens all the time. He outqualified his teammate by half a second but in the race he is suddenly out after seven or eight laps. This should not happen in a top team," he added.

Due to this, doubts are rising as to if the flying Dutchman can truly remain committed to Red Bull, with his morale clearly low. "Perhaps it's not the right time to ask this question," said Jos, who competed in Formula 1 on and off from 1994-2003, "but in a situation like this you do start to question everything."

Verstappen has limited options at the moment however, with only Mercedes and Ferrari being more competitive than Red Bull on the current field. As both teams are not changing their driver lineups for 2018, Verstappen has little alternatives but to stay at Red Bull.

"We are the best team remaining," Marko told Sky Germany, while
Mateschitz agreed with his Red Bull co-worker: "At the moment, where would he go?" he asked. "But we know we cannot keep Max in the future if we cannot give him a car."

With regard to Red Bull's issues, the majority of fingers are being pointed in the direction of Renault, who currently supplies engines to the Milton Keynes squad. Mateschitz however, sees no other options but to continue with its current engine partnership: "Nothing has changed for us," he said. "We cannot get a Mercedes or Ferrari, and a Honda would not help us."