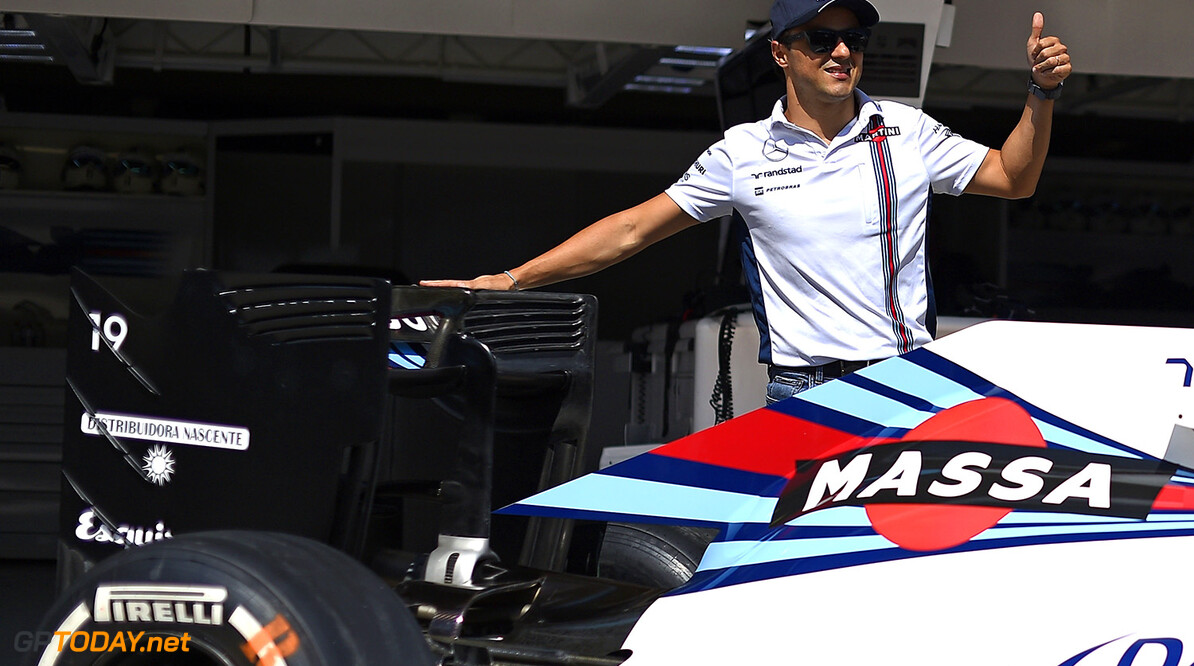 Williams have gifted Felipe Massa with the car he raced in the Brazilian Grand Prix as a leaving present.

The Brazilian retires from Formula One after this weekend, and Williams hosted a farewll party for him on Saturday night.

As well as gifting him a framed cartoon depicting his career, deputy team principal Claire Williams also revealed that the team would be giving Massa his car from his final home race.

"The surprise gift, and I don't quite know where you're going to put it - we certainly couldn't bring it up here this evening; on behalf of everybody at Williams, we'd like to give you your car from the Brazilian race," Williams told a tearful Massa on Saturday.

The car featured a special livery, with 'Massa' replacing the Martini logos on the engine cover.