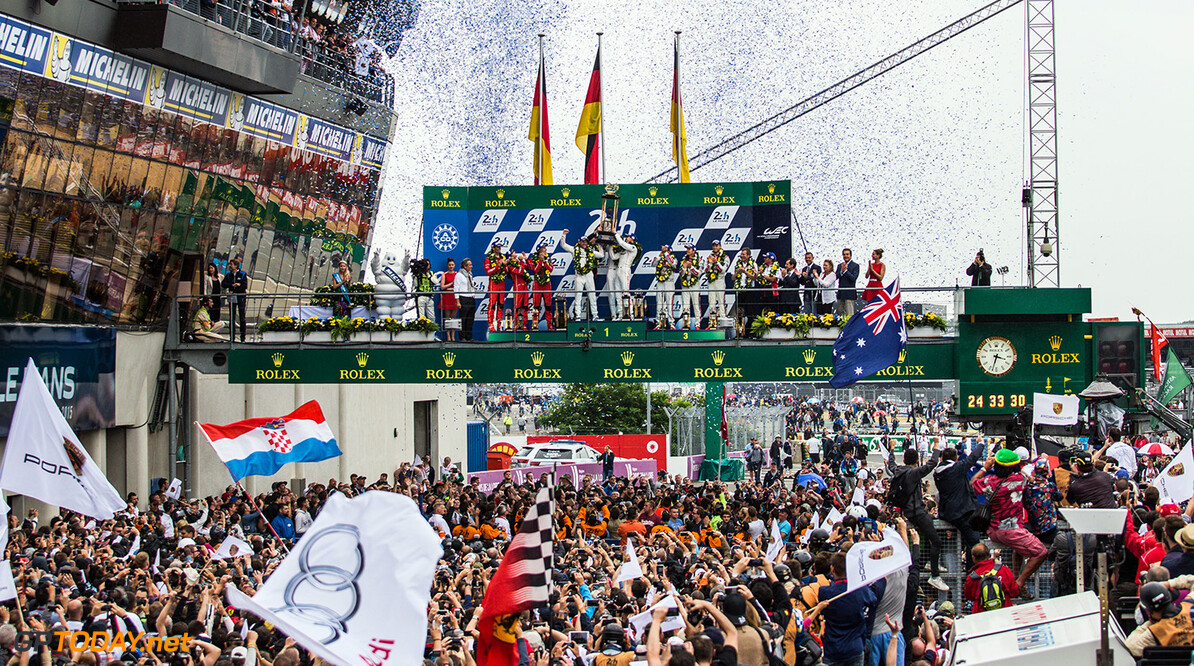 Nico Hulkenberg looks set to defend his title as Le Mans winner at next year's edition of the fabled 24 hour sports car race. Splitting his time between his Force India and Porsche cockpits this year, the German won on debut in the premier class of arguably the world's most famous motor race.

It had been said Hulkenberg's Le Mans feat might be the springboard to a better seat in formula one, as he had been linked with Ferrari, Renault and the incoming Ferrari 'B' team Haas. But the 28-year-old has now signed up for two more years at Force India.

Hulkenberg admitted at Spa that being allowed to split his F1 programme with Le Mans was important as he negotiated his new deal for 2016. He now tells the German newspaper Bild: "If Porsche has a third car again, there is every chance that I will be one of the drivers."

And it appears that his F1 boss Vijay Mallya will once again indulge Hulkenberg, commenting: "With us, he has developed into one of the best drivers in the world. When Nico won Le Mans I was very proud of him. If he thinks it's good for him to go there again, I will let him do it."

Bild speculates that Hulkenberg signed up early with Force India for 2016 amid the threat that Lotus and Pastor Maldonado will split, putting the Venezuelan's $50 million per year in PDVSA sponsorship on the market. Hulkenberg said: "I am happy to have my plans in the bag at an early stage."

And Germany's Auto Motor und Sport surmised: "The Venezuelan petrodollars (of Maldonado) could now become a problem for Sergio Perez, but there are also rumours that Williams could be interested in Perez and his Mexican connections." (GMM)