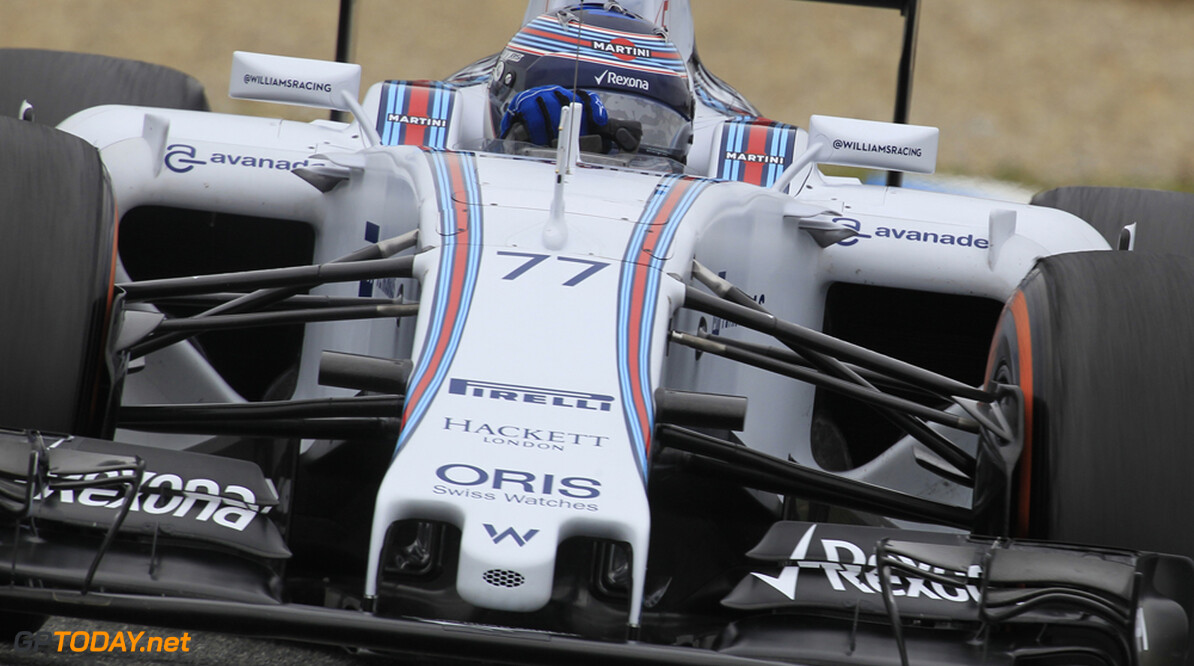 Bottas not denying interest in seat at Ferrari

Valtteri Bottas has not denied he might be looking to take Kimi Raikkonen's place at Ferrari for 2016. Raikkonen, who struggled last year, remains under contract to the Maranello team for this season, with an 'option' still in place for 2016. When asked about that at the Jerez test, the Finn answered: "It's up to me and the team to do a good job this year. If it goes badly and I don't sign it then I don't sign it."

Fellow Finn Bottas, who is managed in part by Mercedes team boss Toto Wolff, currently drives for Mercedes-powered Williams. The Grove team is keen to keep Bottas on board, having groomed him from a test driver into what Pat Symonds thinks is a potential F1 great. Technical boss Symonds has worked with great champions including Ayrton Senna, Michael Schumacher and Fernando Alonso, and thinks Bottas is in the same title-obsessed mould. "These are very encouraging words from him," said Bottas.
More about Ferrari


It may ultimately prove difficult for Williams to hold onto Bottas, however, given that while the British team shone in 2014, its budgets cannot compete with the true F1 grandees. The 25-year-old's form last year reportedly earned him the interest of Ferrari, but Wolff has also said Bottas is close to the front of the queue should Mercedes and Lewis Hamilton not stick together beyond 2015.

When asked about Ferrari's apparent interest, Bottas said: "I don't know anything about Kimi's contract. All I know is that I want to be in the quickest car available," he told F1's official website. "That's all I can say." (GMM)
F1 News Fernando Alonso Valtteri Bottas Lewis Hamilton Mercedes Williams Ferrari
.