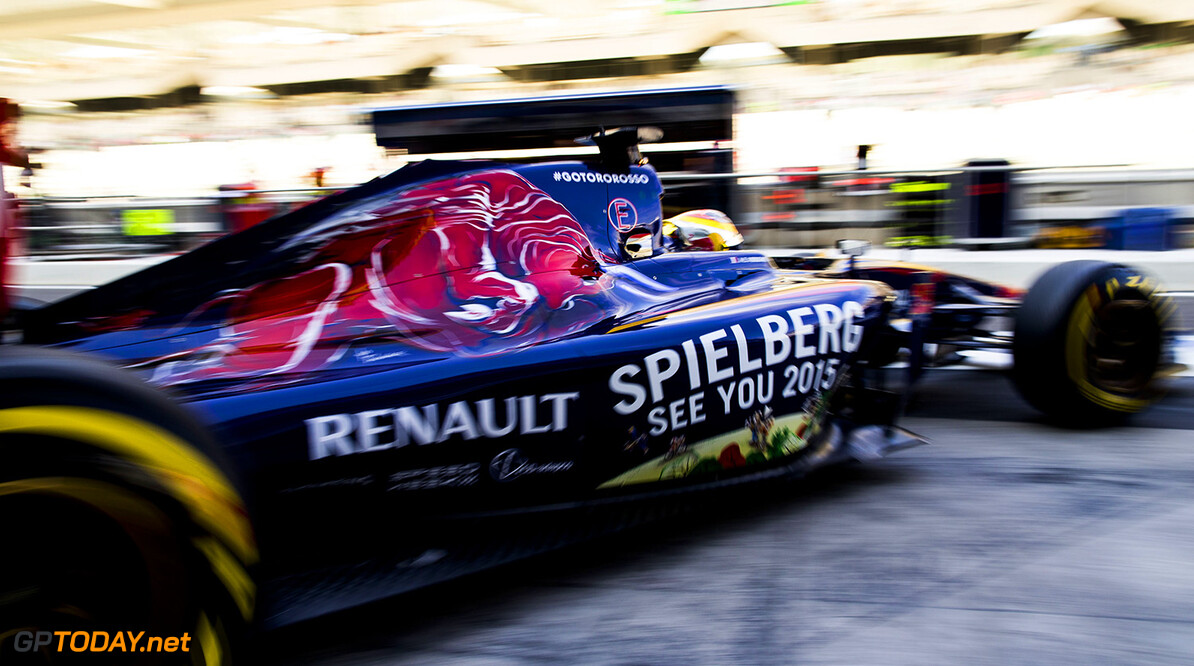 Vergne been told he must leave Toro Rosso

Jean-Eric Vergne appears to have missed out on a Toro Rosso seat for 2015. Prior to Sebastian Vettel's shock Red Bull exit, Frenchman Vergne had already been left out of junior team Toro Rosso's plans for 2015.

The Faenza based team had announced that 17-year-old rookie Max Verstappen will join Daniil Kvyat next year.

Although he had seemed upbeat about his chances in recent weeks, however, French reporters on Saturday noticed that at the Abu Dhabi finale, Vergne's body language has suddenly changed.

When asked if double points on Sunday will change the team's approach to the race, Vergne answered: "Apparently there are things that are more important to Red Bull than points."

He is probably referring to the fact that, despite the promotion of teammate Kvyat to the senior team, Vergne's current teammate has actually scored less points in 2014.

The French publications RMC and L'Equipe surmised that Vergne's attitude indicates he has been overlooked for the 2015 seat at Toro Rosso, perhaps in favour of Carlos Sainz jr.

L'Equipe quotes Vergne as saying: "No matter what happens in this grand prix, whether I score 1 point or 10 points, nothing will change."

Sainz is not the only contender to replace Vergne.

New GP3 champion Alex Lynn is clearly in the running, but RMC reports that 18-year-old Pierre Gasly, runner-up to Sainz in the Formula Renault 3.5 series, could make his debut next year if Red Bull is asked to run a third car.