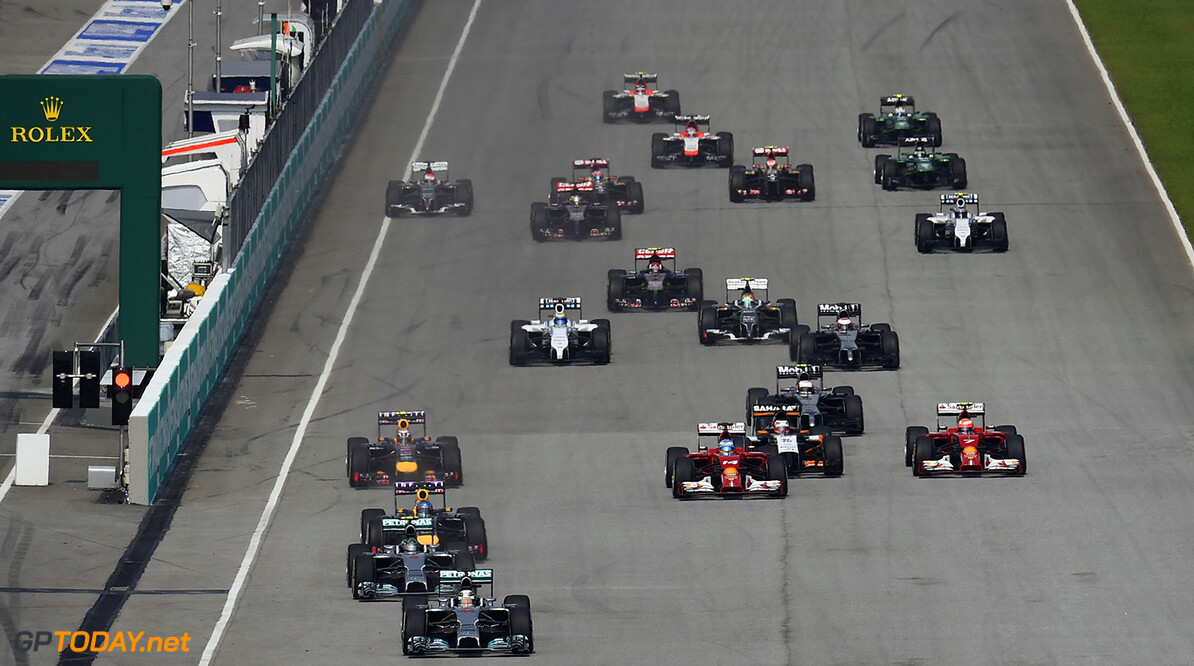 Off-track civil war erupts behind the scenes in F1

On track in Brazil, a thrilling and intense battle for the drivers' world championship that will now go down to the wire continued to play out. But at Interlagos, the real drama was being fought furiously behind the scenes. With Marussia and Caterham already gone, the next independent teams are arguing loudly for help.

Two newspaper reports have now quoted Force India's auditors as suggesting there is "no evidence" the holding company can sustain the team "as a going concern". Sauber and Lotus have also joined the exasperated plea, even reportedly threatening boycott as recently as the US grand prix just over a week ago. Then, Bernie Ecclestone sounded sympathetic to the claim that his income distribution system is skewed unfairly, and F1 owner CVC was said to be in talks with the small teams about a $160 million 'fighting fund'.

But F1 supremo Ecclestone changed his tune dramatically in Brazil on Sunday, calling the talks "a waste of time" and telling the sport's minnows to either get their affairs in order or race out of the paddock gates. He even said touted talks with CVC's Donald Mackenzie next week are off. "It's not their position to decide who I speak to," said Ecclestone.

Bob Fernley, the angry deputy boss at Force India, confirmed that any earlier talk of financial help has now ended. "We were given a clear direction there is no money on the table," he said. He suggests a "very clear agenda" is in play, with Ecclestone, CVC and the big teams in cahoots to replace the minnows with customer teams. "Three cars (per team) will be the interim," said Fernley.

The Times reports that a high-level email has been distributed that shows Red Bull and Ferrari have agreed to add third cars to their garages next year. A Red Bull spokesperson immediately denied that, but angry Sauber team boss Monisha Kaltenborn said: "They are trying to drive teams out because they don't suit them anymore."

It appears the only concession Ecclestone is willing to make to the struggling teams is to advise them to follow the path expected to be taken by newcomer Haas in 2016 -- buy a full chassis from a big team and survive that way. The 84-year-old Briton was even quoted as calling the complaining teams "idiots".

"You know what the teams said to me in that meeting? 'We are constructors,' they said. I told them they can't afford to be constructors," said Ecclestone. "Maybe it's an idea to have another championship in addition to the constructors'," Ecclestone is quoted by Germany's Sport1.

He means one world championship for the 'constructors' - Ferrari, Red Bull, Mercedes, McLaren and Williams - and another for the smaller teams who possibly run year-old customer cars and older engine specifications. Lotus owner Gerard Lopez confirmed: "The fact is we are talking about third cars, dividing the series into two categories, so forth. At the same time no one is talking about finding a real solution to the problem. Everyone is just talking about crazy things."

He predicted third cars would be "the death" of the sport. "Looking at the proposals which have been made, we have to believe there is some agenda here," Kaltenborn told reporters on Sunday. "The more these ideas are coming up, the more we three (teams) get the feeling that maybe some people don't want us to be around and maybe the sport is supposed to be changed in a very different way."

But Ecclestone insists that his plan is in fact the most sustainable way to run a small team in the sport's next era. "You and I could start a team under those conditions for $30 million a year and for tenth in the championship you would get $48 million. What's the problem with that?" he said. (GMM)
F1 News Ferrari Lotus F1 Mercedes Williams Force India McLaren Sauber Marussia
<< Previous article Next article >>
.